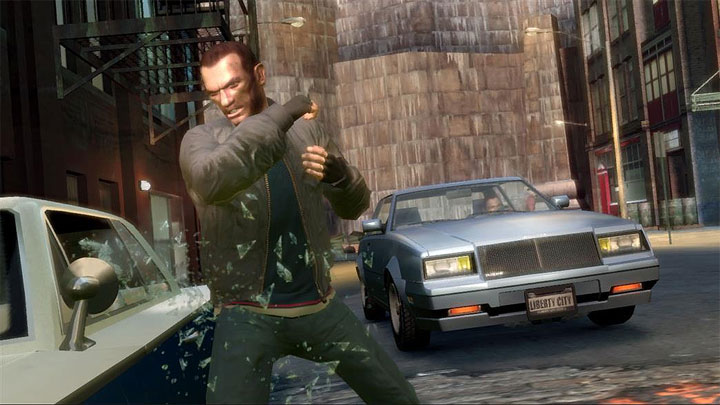 Niko Bellic will be back, but slightly slimmed down.
Grand Theft Auto IV: Complete Edition is:

Last month, Grand Theft Auto IV and the standalone expanasion pack called Episodes from Liberty City were pulled from sale on Steam. The reason was the lack of Microsoft's support for Games for Windows Live, which made it impossible to generate new game keys. It was known that this situation is temporary and the hit will soon return to distribution. Now we finally know under what conditions. The good news is that GTA 4 will soon be available again. The bad news is that the hit will come back in trimmed form.

On March 19, Grand Theft Auto IV: Complete Edition, a set containing the base version of GTA 4 and Episodes from Liberty City, will hit Steam and Rockstar Games Launcher. Compared to previously available versions, Games for Windows Live will be removed from the game. However, compatibility with old saved game data records will be maintained.

Unfortunately, there will be serious cuts in content. Grand Theft Auto IV: Complete Edition will lose multiplayer mode and online rankings. Moreover, RamJam FM, Self-Actualization FM and Vice City FM radio stations will be removed from the game. The latter is only a temporary solution and we can expect the stations to return in the future, but for the time being it is not known when.

If you have the game on Steam, it will be updated for free to Grand Theft Auto IV: Complete Edition. People who bought it on Games for Windows Live Digital Store will be able to transfer their version to Rockstar Games Launcher via their Social Link account. Unused keys from the boxed rdition of GTA 4 will be used to activate the Complete Edition.

Importantly, even if we only have Grand Theft Auto: Episodes from Liberty City, which is a stand-alone title including The Lost and Damned and The Ballad of Gay Tony, we will still get the full version of GTA 4 when we switch to Complete Edition. Unfortunately, everything seems to indicate that this transfer will be obligatory and there will be no possibility to stay with the old versions.