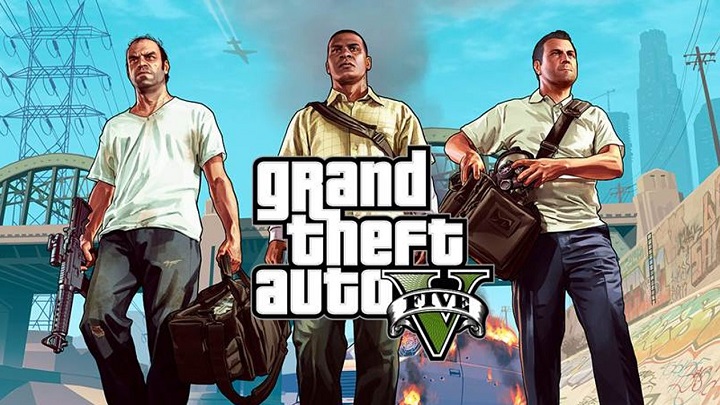 Although Grand Theft Auto V has already survived almost two generations of consoles, it continues to be at the top of bestseller lists, breaking newer popularity records (sold 115 million copies in the second quarter of this year) and has even been named the bestselling game of all time in the UK retail market. This time, Rockstar's work has achieved another extraordinary result: it hasn't disappeared from the top 20 bestseller list in America for 74 months straight, almost since its release on PS3 and X360 (short only one month).

The above data (top 20 game sales results of the last decade) have so far been revealed only partially by Mata Piscatella from the NPD analytical group on his Twitter account. They include sales on all platforms (including Nintendo Switch and Wii U) as well as, most likely, digital distribution. NPD sometimes does not include digital sales results, but in such cases there is always a relevant note. In the case of Take-Two games, all platforms are usually considered. It is worth noting that the data presented below does not yet include December results. However, it is highly unlikely that GTA V will lose its position, especially as it introduced a successful casino heist update in December.

GTA V has also beaten titles like Minecraft, although it was victory by a whisker, as the latter has been in the lead for exactly 73 months. However, it must be taken into account that Markus Persson's game has had its premiere in 2011, so it took it two years longer to achieve such a result. Thus, GTA V has not only bested its competitors, but even its own release date as it reigns in the category of the longest-running bestsellers in the last decade while being "only" 6 years old. It also regularly battles for the player's attention against various Battle Royale and MMO incarnations and still comes out victorious.

The game is popular for many reasons. GTA V is still one of the most appreciated games in terms of offered open-world activities. On the one hand, Rockstar continuously supports its works, or rather its multiplayer mode, GTA Online, by releasing patches and new content. In particular, the Diamond Casino & Resort update has been a success, providing the game with record numbers of users per day, per week and per month in July and August this year, and being the biggest patch for the game up to date. On the other hand, the players themselves contribute to the extended life of this production. There are a lot of GTA V mods that introduce new opportunities to single player mode, but the community is also showing a lot of initiative in GTA Online: from fans who impose certain challenges on themselves (and, in a way, the creators), through various forms of role-playing, to extension of Hong Kong protests, where two factions are fighting in defense of their national identity in GTA's online mode. This alone proves that this game is a social phenomenon.

Despite the dizzying popularity of GTA V, fans can't wait for the next part of the franchise. For the time being, we only know that the creators have such a plan, and successive waves of rumors and speculation about the possible content and setting are making rounds on the Internet from time to time. The latest of them appeared today.