One Reddit user managed to discover an interesting bug in GTA Online from Rockstar Games. It turns out that the multiplayer mode for GTA 5 has a glitch that makes the player almost immortal. In the post Gunflyzegaming describes how to trigger the glitch. As commentators note, this is a kind of passive mode (which is officially implemented in the game), but with a few extra bonuses.

The passive mode in GTA Online enables players to travel safely through the city and surrounding area without fear of being killed by other players (being resistant to all kinds of conventional damage). However, there are some limitations. The person using this option is not allowed to use weapons, perform some mission (e.g. VIP), or take part in some events.

How to replicate the bug - step by step instructions

To use glitch, we first need to take a few quite specific steps: 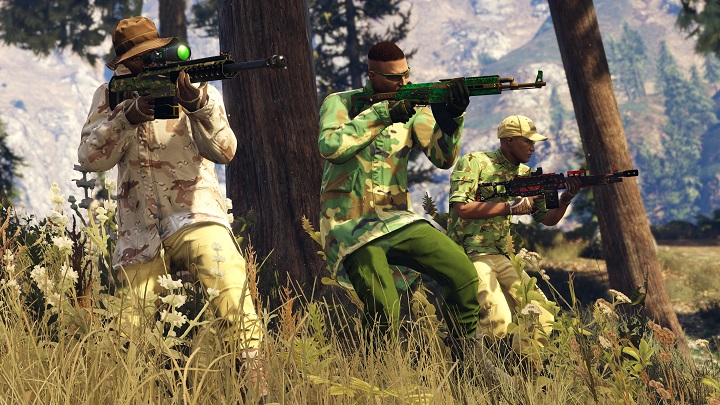 Glitch gives immortality, but there are limits.

Advantages and disadvantages of the glitch

Surely such a glitch has its advantages. In contrast to the passive mode, it enable us to perform VIP missions without the risk of someone killing us. Additionally, the immortality mode is also transferred to the vehicles we use. However, there are limitations - while other players can't do anything to us, we can't kill them either (which, by the way, is fair). However, be careful, some NPCs (e.g. cops) can still hurt us.

Those willing to take advantage of the bug should probably hurry, because the developers will certainly do their best to eliminate it as soon as possible.

Alleged Nielsen Survey Suggests PS5 May be Cheaper Than We Think

Actor on Sleeping Dogs: Movie Will be a Breakthrough

Another Huge Patch for CoD: Modern Warfare and Warzone Inbound