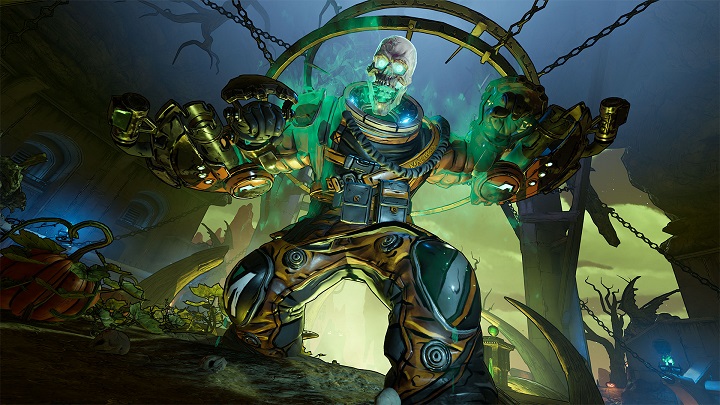 Captain Haunt is the new boss on the Halloween map in Borderlands 3.

Today marks the start of the Halloween event in Borderlands 3 - Bloody Harvest. It will last until December 5 and during that time players will be able to access an event map, fight against a new boss and win prizes in challenges.

As previously announced, to get to the new location you will need to collect the hectoplasm from possessed enemies and bring it to Maurice, who will appear aboard the Sanctuary III. After completing the task, he will open a portal that will take the player to the ghastly Heck. That's where we'll fight the new boss, Captain Haunt, and his minions.

Opponents on the Halloween map have a chance to drop weapons available only during this event (including a legendary shotgun). During Bloody Harvest, additional quests will be made available, which will result in prizes in the form of skins for Vault Hunters and ECHO device, modifications to shields and grenades or weapon straps.

Borderlands 3 was released on September 13, 2019 on PC, Xbox One and PlayStation 4. With the arrival of the Halloween event, a patch fixing a lot of bugs hit the game.