Not so long ago, Lucasfilm's boss Kathleen Kennedy said in an interview with the BBC that Indiana Jones 5 will not be a reboot of the series, but a full-fledged continuation, and the main star of the series, Harrison Ford, playing the title role, is involved in the upcoming production. Now, the floor was taken by the man himself. In an interview with the CBS station, the American actor confirmed that he will return to the cinemas as the famous archaeologist, and that the shooting of "Indy 5" will start in about two months.

Ford is very happy to return to the role of Indiana Jones. He noted, however, that the series is adored by many cinema fans all over the world, and therefore the creators, including him, bear considerable responsibility. The actor himself approaches this in a way that may seem quite controversial to some:

"You have a sense of responsibility to your customers. I think of people that go to my movies... more as customers than I do as fans. "Fens" feels kinda weirde to me, always has. But the fact that these people support my business makes me responsible for the quality of service that I offer."

Among other interesting things, during the interview Ford said that one of the biggest challenges for him when it comes to returning to the roles of Han Solo or Indiana Jones is not to look stupid. Although the actor said these words with a slight irony, it is fair to say that they are not devoid of meaning. He's already 77 years old. There is no denying that a person at that age who does crazy things that the series about the famous archaeologist is known for, may look a bit grotesque. What will it look like in the fifth movie? We should find out about this in the near future. The film's premiere is scheduled for July 9, 2021. 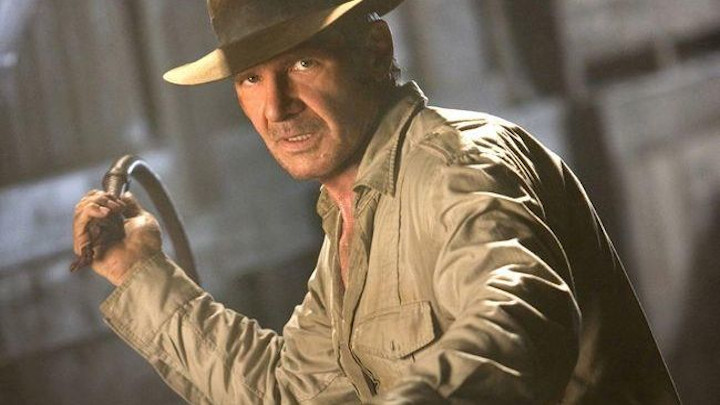 Indiana Jones has existed in the minds of cinema fans for nearly 40 years.

Indiana Jones 5 will be directed by Steven Spielberg, who was responsible for all the previous movies in the series. However, the main producer of the franchise, George Lucas, is not involved in the work. David Koepp (Indiana Jones and Crystal Skull Kingdom) and Jonathan Kasdan (son of Lawrence Kasdan, creators of dialogues to Raiders of the Lost Ark) are responsible for the script for the new movie. So far, the details of the plot of the upcoming production are not known.