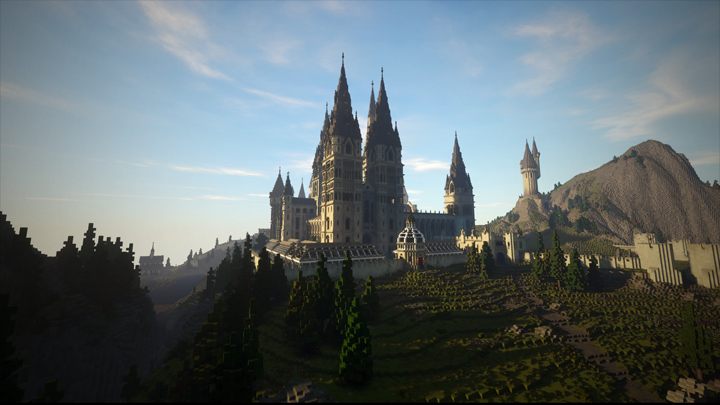 The project is extremely ambitious.

We have seen the release of the Witchcraft and Wizardry mod, a fan project for Minecraft. Inspired by the Harry Potter cycle. Early versions of the modifications have been distributed for some time by the creators' Discord channel, Floo Network group, and now the full release is available on Planet Minecraft.

The Witchcraft and Wizardry project was designed for the Java Minecraft updated to version 1.13.2. The map does not work with Bedrock and PlayStation releases. In other words, you can only play on PC (Windows and Linux) and Mac.

The project's files are distributed through Gumroad, where an easy to use installer is available. Witchcraft and Wizardry is completely free, but if you like the mod, you can support the creators financially through this website.

Initially, the creators of Witchcraft and Wizardry intended only to recreate the locations known from the books and film series, but over time the project evolved into something much more ambitious. What was made available today can easily be described as an RPG set in Harry Potter's universe.

Locations are filled with tasks and puzzles. The player can use spells, fight enemies and fly on brooms. Hogwart's School, Hogsmeade Village and Diagon Alley London, have been recreated. We can play with all of these in story mode, enabling us to play as a student of the magic school and take part in the lessons and challenges known from books and films.