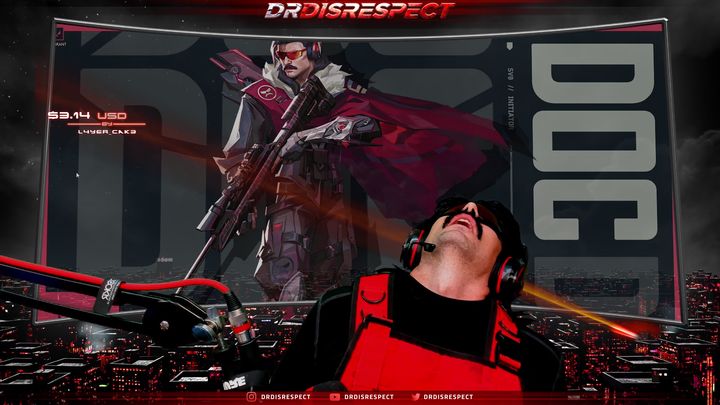 "Ladies and gentlemen, what do you think of Valorant?"

Recently, a large number of materials about Valorant, the first-person shooter from Riot Games, the creators of the cult League of Legends, have appeared on the web. Although some streamers and professional players are very impressed with the game, there are also people who didn't like it. In the latter group there is Dr. Disrespect (via GameRant), who has criticized the title several times.

It started over a month ago when the streamer commented on Valorant's gameplay with the words "What the hell am I looking at?", adding that the material he was watching did not make him angry, but only disappointed. Since then, the shooter from Riot Games has been mentioned on his channel several times (among others, one of the jokes for April Fool's Day was devoted to it). The last time was a few days ago. In reaction to the flood of streams from Valorant, Dr. Disrespect asked fans what they think about this title, only to pretend a moment later that he was asleep (suggesting that their answers don't interest him and he finds the game boring).

It is worth noting that Dr. Disrespect has never accused Riot Games' FPS of anything specific, and his stance can only be an attempt to be controversial for the sake of controversy (he is a real expert on this - it is enough to mention last year's confusion about streaming from the toilet at E3, or inconsiderate comments about Fortnite players). In one of his later statements, he noted that the only thing that bored him more than Valorant was watching TimTheTatman play. It cannot be ruled out that if the title turns out to be a hit, the "doctor" will quickly change his mind and we will see more than one material devoted to the game on his channel. And what do you think, will Valorant bring a breath of fresh air to the genre or will it become another game for a few evenings, which will soon be forgotten?