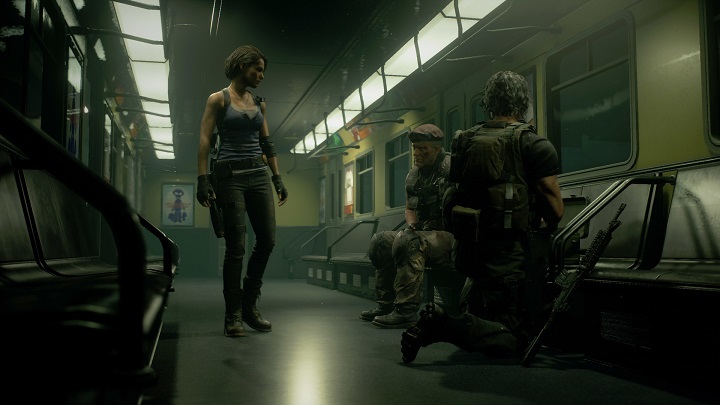 Are you waiting for Resident Evil 3 Remake?

In a month's time, Resident Evil 3 remake will launch. A little over a week ago we had a chance to see fresh gameplays from the production and we found out that the title will also get a demo version. It was also then that GameSpot provided an interesting comparison of the original 1999 version of the game and the announced remake on its official YouTube channel. The video shows the same scenes in both titles, so we can take a look at how far the gaming industry has come in the last twenty years.

It is worth remembering that the remake of Resident Evil 3 will offer more than just improved visuals. The creators also tried to significantly expand Racoon City, making the individual levels more spacious, the streets wider and more "open", and the main character will visit locations not available in the original. Jill will also be able to make quick dodges (after which she slows down time) and launch counterattacks. What's more, the player will be able to use elements of the environment in the fight against the zombies.

As a reminder, Resident Evil 3 will make its debut on April 3, 2020 on PC, PlayStation 4 and Xbox One. Everything seems to indicate that the remake will focus on spectacular and fast action, and the creators will develop the themes known from the original, presenting the characters and their story in a different light. Unfortunately, the title will not have alternative endings.