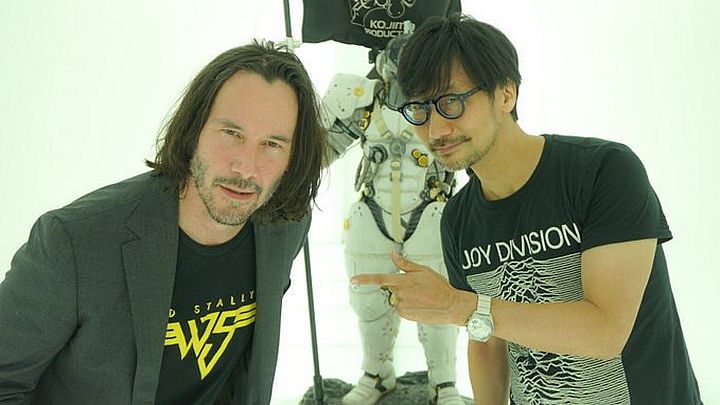 Keanu in Death Stranding or Kojima in the Matrix? (That t-shirt tho)

Excitement among gamers all over the world. Keanu Reeves visited the Kojima Productions studio in Tokyo. We do not know the official reason for the actor's meeting with Hideo Kojima, but fans of digital entertainment have already started an investigation. We all know very well that the creator of Metal Gear Solid has already hosted outstanding actors, athletes and employees of competitive developmer companies. But probably nobody expected him to meet Johnny Silverhand from Cyberpunk 2077. But that's exactly what happened, and Hideo Kojima boasted of the event via Twitter.

The gentlemen shot took a few selfies with the Ludens figurine - the mascot of Kojima Productions. Of course, there was a lot of "breathtaking" comments from Twitter users. Despite Keanu's visit to Kojima's studio being most likely a pure courtesy, many players are looking for subtext and possible cooperation. Many people in their comments emphasize that the games of the Japanese creator and films in which Keanu played have many common denominators, so it would be good to have some kind of crossover. It's hard to believe, but if something were reall going on, we'd be in shock, kinda like the Beatles' fans when Paul McCartney recorded a song with Kanye West.

Interestingly enough, there was more than one tweet. A moment after the first entry Kojima published new photos - this time showing Keanu Reeves writing something on the board. As it turned out, Keanu wrote: "Save us, Hideo." Kojima's response was:

It is worth mentioning that both celebrities have one thing in common - both are waiting for the release of games they worked on. Of course, in completely different roles and with diametrically different commitment. Hideo Kojima's Death Stranding will be released on November 8, this year on PlayStation 4 only, and Keanu Reeves will have to wait a little longer - until April 16, 2020. That's when Cyberpunk 2077, in which the actor plays Johnny Silverhand, will have its launch on PC, PS4 and XOne. So, are you ready for a digital adaptation of Matrix written by Kojima and with Keanu in the lead role?