If recent reassurances about this year's release of Hogwarts Legacy weren't enough for you, we have another official confirmation. Jason Kilar, president of WarnerMedia, mentioned the company's plans for 2022, which include game debuts (including Hogwarts Legacy and Gotham Knights). Admittedly, he did not mention these items by name, but he attached images from both titles in the same Tweet. 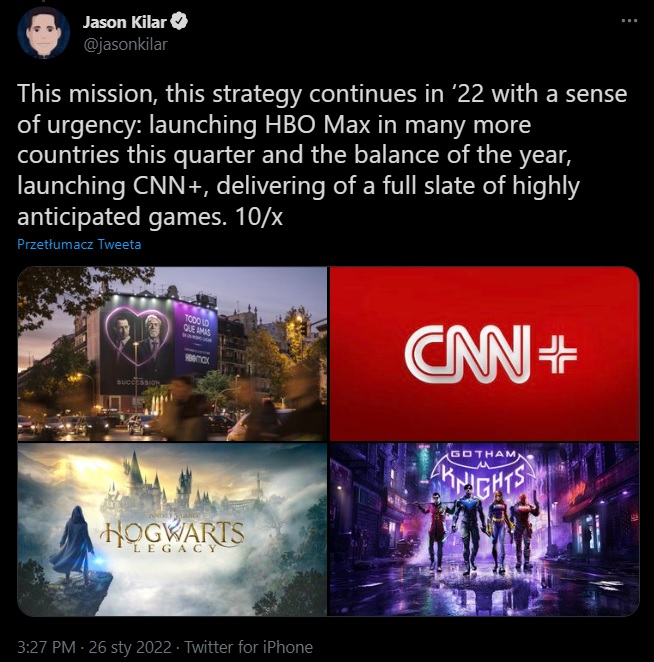 Warner Bros. has long confirmed that both Hogwarts Legacy and Gotham Knights will be released in 2022. However, no new information about these games has emerged for months, and yet they were supposed to be released last year.

Until recently, the only new reports were conflicting rumors about the release date of Hogwarts Legacy. According to some sources, the title is scheduled to be released as planned and we will soon see a gameplay video. Other informants claimed that Hogwarts Legacy will be delayed until 2023. For now, in the light of Jason Kilar's statement, the first option should be considered true.