Fans' unfounded hopes for the presentation of Hollow Knight: Silksong at E3 in June came down like a house of cards. It's all thanks to Matthiew Griffin, Team Cherry's marketing and PR man, who announced that the Australians have nothing to show at this year's event.

"Hey guys. I just wanted to pop in to let you know that Team Cherry does not have any announcements/blogs scheduled for E3 this year."

That could mean anything - even that the developers will reveal something before the show - but the message seems all too clear: we shouldn't expect any new news about Silksong in the near future.

Hollow Knight: Silksong is for the fans of Team Cherry's games what Elden Ring is for From Software fans - an unfulfilled dream. The title was announced in February 2019, four months later we saw the first gameplay, and other than the reports of EDGE magazine, about which we wrote in January 2021, for almost the last two years we received hardly any information. Recently, however one of the developers suggested that the game is complete and testing is underway. This could mean that we will see Hollow Knight: Silksong as part of Nintendo's show at this year's E3, which - let's recall - will take place entirely online.

Which does not mean that we have to wait until June for news about the upcoming game of the small Australian studio. The community, which loved the first installment of the 2D metroidvania, for two years analyzed every frame of footage published by the developers, which enabled the fans to discover a lot of small information, which - when put together - create a pretty clear picture of the game. We learned a little bit about Silksong's RPG elements, crafting system and the storyline, as well as some of the common opponents and bosses we'll face.

The gameplay, which was the essence of 2017's Hollow Knight, will be rebuilt for Hornet - a character known from the first game, the swift, tall defender of the kingdom of Hollownest. The protagonist will wield a needle and silk thread - not a short blade like the protagonist in the previous installment - which means that her specialty will be ranged combat. This forced the developers to create larger maps, as the tight tunnels known from the original would give Hornet too much of an advantage.

In the second game, charms providing additional skills will disappear. They will be replaced by consumable tools (such as throwing pins, grenades, saw traps and syringes with blood), which we will have to craft from shell shards found in the game world when resting on benches used as save points. Silksong will also enable us to acquire more magic attacks, very limited in number in the first game. We'll be healing ourselves with the help of... silk. 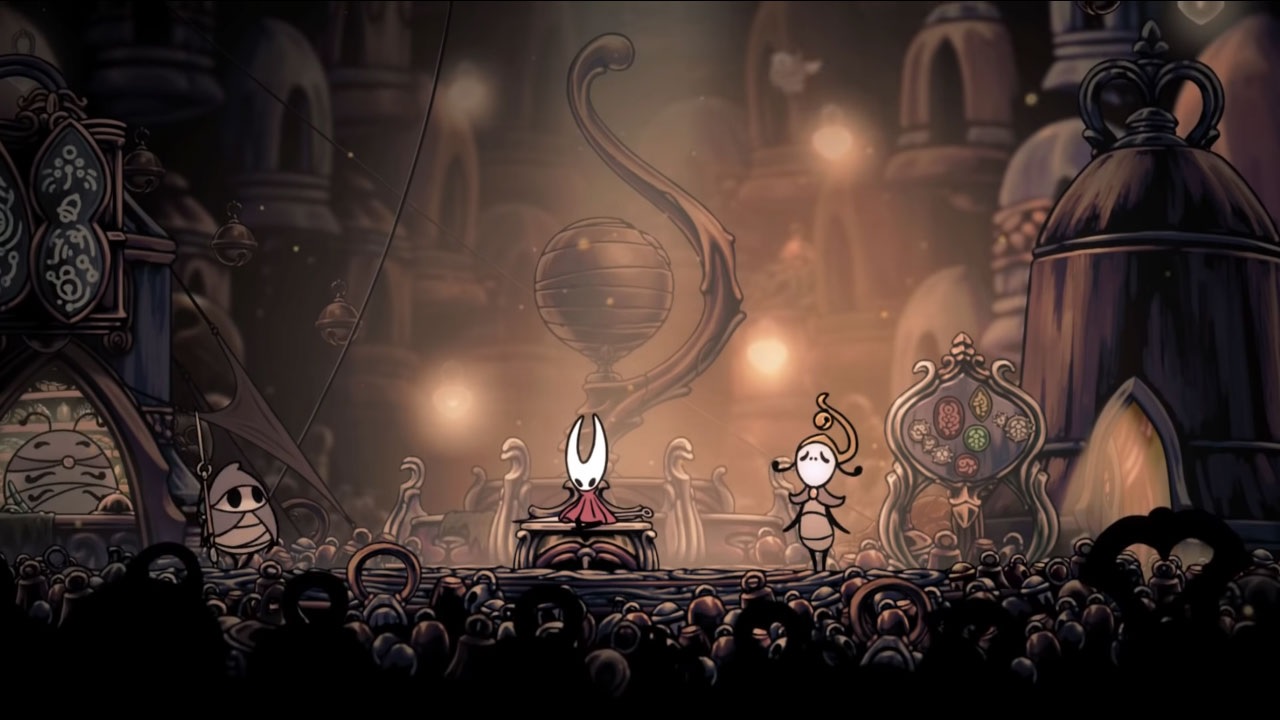 A save point and a place of rest. Source: Team Cherry.

Developers have also decided to enrich their new game with a few RPG elements. First of all, it will feature four types of tasks to perform: tasks are connected with collecting items (gather), hunting (hunt), wandering (wayfarer) and the grand hunt. At first glance the most puzzling seem to be the wayfarer tasks, which - according to the community - will turn out to be escort missions. This means that interactions with NPCs will play a much larger role in Silksong than in the first installment of Hollow Knight. In contrast to its protagonist, Hornet is finally not mute and can have "normal" conversations.

For completing quests - as well as for defeating enemies - we receive money, but not geo, which was the currency in the first installment, but rosary beads. Having acquired the appropriate number of them, we will beable to assemble a rosary string, which, in contrast to its loose fragments, will remain with us after death. This swap will come at a cost - we will probably sacrifice 120 beads for a rosary that only provides 100 of them - but those of you who have played Hollow Knight and died trying to get your geo back after death, will surely admit that it's a good deal. 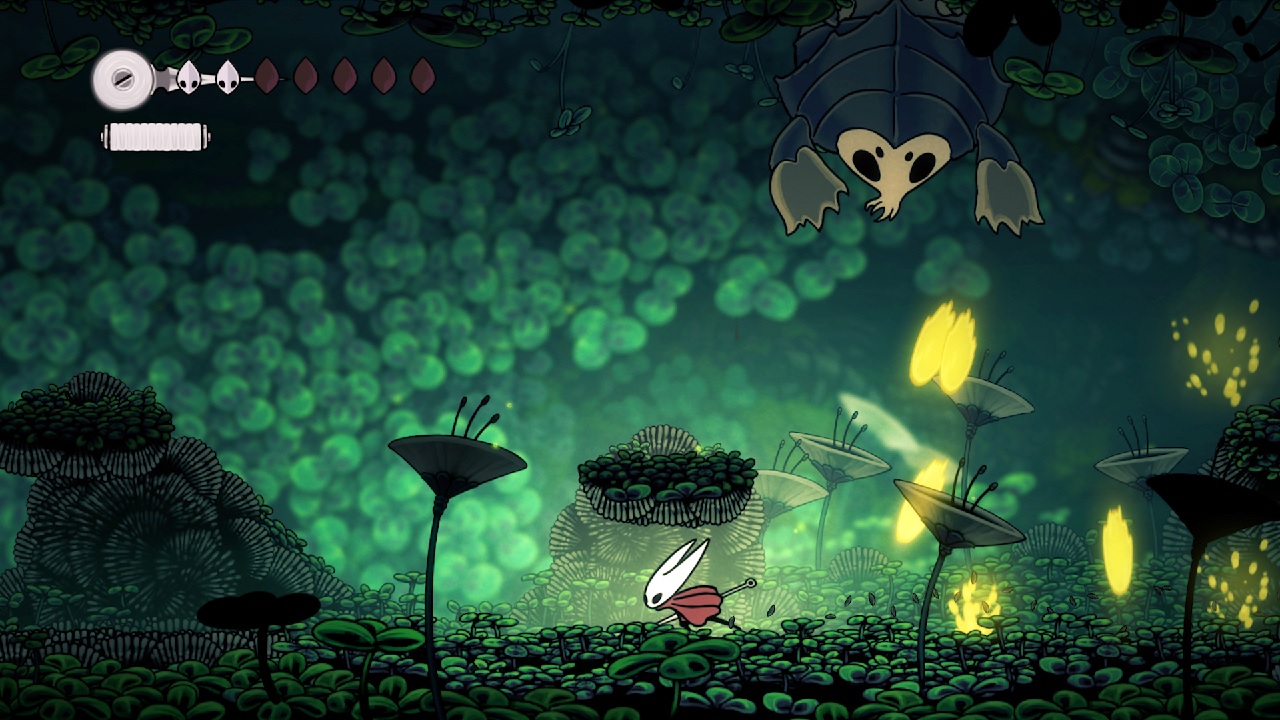 Hornet will move much faster than the hero of the first game. Source: Team Cherry.

Not much is known about Silksonga's plot for now, but the creators have assured that it will include all the endings from the first part. This is interesting because some of them seemed to be mutually exclusive. I guess we'll have to wait and see what comes out of those promises. What is certain, however, is that as Hornet we will find ourselves in the remote and hostile kingdom of Pharloom, ruled by two powerful title forces: silk and song. Its inhabitants are supposed to be devoted to faith and pilgrimage, which explains the presence of rosary beads as the game's currency.

Our goal will be located on top of Pharloom's huge, shining citadel. On the way to it we'll have to face 150 common opponents and bosses - the appearance and names of several of the latter were already revealed; they are: Hunter Queen Carmelita, Lace, Steel Assassin Sharpe, Seth and Trobbio. You can catch them on the gameplay posted in this message. It was also revealed that the cartographer from sequel will be called Shakra - she will probably be one of several merchants, where we'll spend the beads. 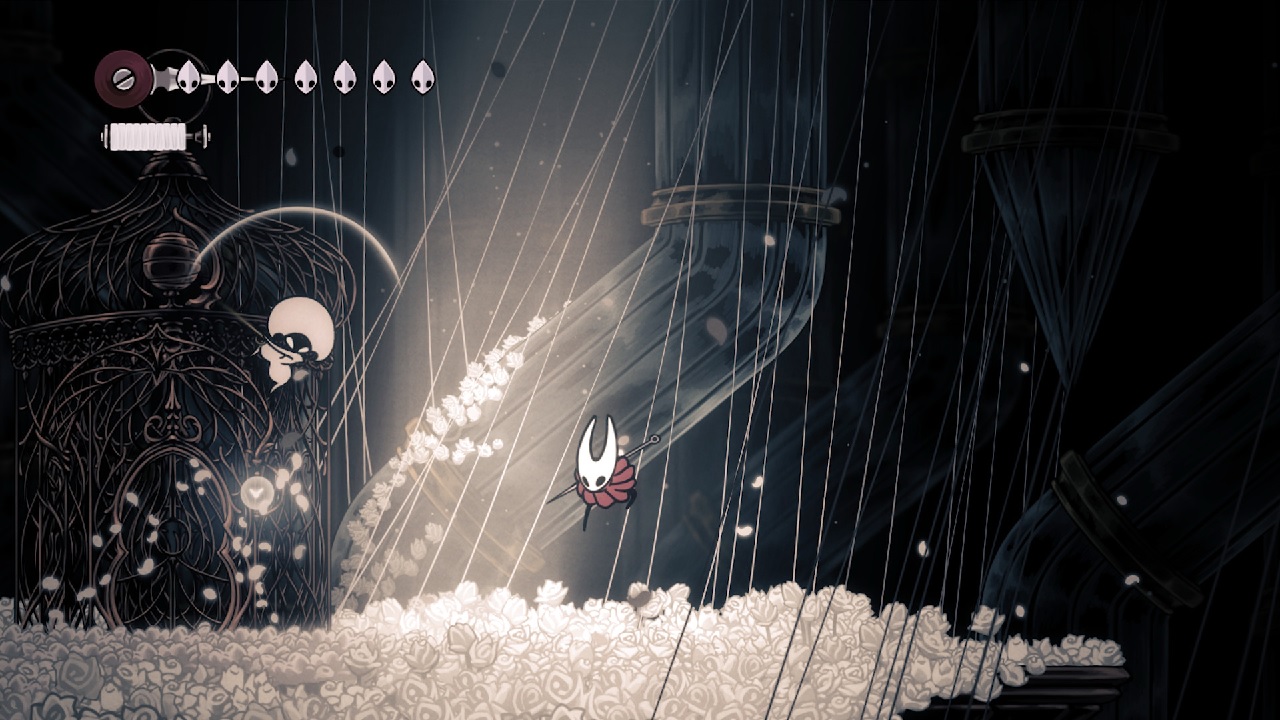 Lace, one of the bosses in Hollow Knight: Silksong. Source: Team Cherry.

We still don't know when or on which platforms Hollow Knight: Silksong will debut. As I mentioned earlier, testing of the game is underway, but as Team Cherry consists of only three people - Ari Gibson, William Pellen and Jack Vine - it may take some time to introduce improvements. The likelihood that we'll see the game at the E3 seems pretty high, though. Less certain is the launch scheduled for 2021, but it's still possible. We can only keep our fingers crossed and believe that the gentlemen will not overdo it with RPG elements. And finally, something for audiophiles: Christopher Larkin is once again responsible for the game's soundtrack - you can listen to a climatic sample here.

The Witcher Season 2 Gets a New Teaser

Metro Exodus is Uglier on PS5, but It Runs Better Than the XSX Version

Windows 11 will be Faster and More Efficient