Although the release of Far Cry 6 is still ahead of us, the new installment of the FPS series from Ubisoft has already become familiar to critics. The result: the web is full of reviews of this year's installment. This includes the text of our website - you can find it at the link below.

Metascore - depending on the platform - is 76-81/100, it means that Far Cry 6 performs noticeably worse than the previous main installments, although it is still a better result than in the case of New Dawn. Of course, that's taking into account the relatively small number of reviews that Metacritic had taken into account by the time this news was published.

With such extreme ratings, it should come as no surprise that reviewers had very different opinions on virtually the entire game. However, there were some elements that virtually all critics rated similarly. The new equipment was praised, especially the so-called "do-it-yourself" weapons and Supremo backpacks. Few complained about the location design and the game's - often dark - humor.

The gameplay was also generally well received, although it was when discussing this element that reviewers took contradictory stances. Although the basic formula is the good old Far Cry, Ubisoft has made quite a few minor and major changes. Some critics don't see these innovations as an advantage. The inventory system, for example, is not praised as much as the equipment itself - mainly because of the need for a long process of clicking through the menus if we really want to play with constant customization (the developers have not provided an option to save sets).

The game's content was also rated differently. There's plenty of activities, that's for sure. It's just that there's no consensus as to whether it's very varied and interesting, or too repetitive and tiresome in the long run.

The same can be said about the evaluation of the characters and the plot, unless we're talking about the main character (she or he). No one denies that actor Giancarlo Esposito did a great job as Anton Castillo. It's just that, according to some, it doesn't necessarily translate into an interesting character. 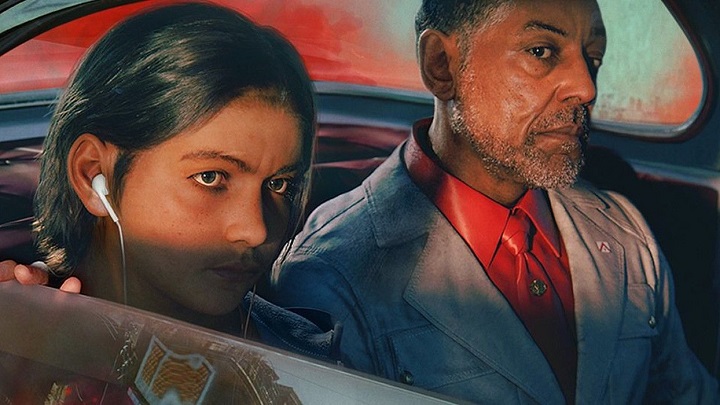 The dictator of Yara did not seduce everyone with his charisma, despite the excellent performance of Giancarlo Esposito.

An interesting complaint raised by the least enthusiastic reviewers was... the identity crisis of Far Cry 6. In their opinion, the game tries to accommodate too much at once, making the gameplay too "simplified" and "incoherent". This also applies to the story, which seems to be trying to be more mature, but at the same time tries to justify the frivolous atmosphere and ruthless destruction that previous games in the series have become famous for.

As for the technical side of things, there's plenty to complain about, but the reviews so far suggest that Ubisoft has put more effort into polishing the title for release than, say Assassin's Creed: Valhalla. Yes, there are bugs (like in any game), but Far Cry 6 seems to be well optimized (at least on PC and the current generation of consoles). It's just a shame that the same can't be said about the AI of enemies, companions, and other NPCs.

Far Cry 6 is certainly not the best game in the series and doesn't really do anything about the problems we've already seen with the last two games. Nevertheless, it is still Far Cry, which for some may be enough encouragement (or disappointment).

The game will be released tomorrow on PC, PlayStation 4, PlayStation 5, Xbox One and Xbox Series X/S. We'll also play it on Google Stadia.