When Nvidia confirmed rumors that the problems with the supply of new GPUs will drag on until the end of 2021, the whole Internet was filled with groans of disappointment of potential buyers. Unfortunately for them, it turns out that the company's predictions were still optimistic. Taiwanese company TSMC - one of the largest semiconductor manufacturers - will be unable to meet the demand even in 2022. In a message to investors, CEO C.C. Wei stated (via Bloomberg) that the company's management hopes to deliver more of these components to the market only in 2023.

Unfortunately, the confirmation of this disturbing information comes as no great surprise. Not much earlier Wei assured (as reported by Reuters) that TSMC's factories have been working "above 100% capacity" for the last 12 months, and still it wasn't enough to improve the situation on the market in a visible way. Earlier this week, the Washington Post quoted Intel CEO Pat Gelsinger as saying that supply problems could continue for several more years. Yes, he admitted that companies are taking various measures to alleviate the problem, but these are short-term solutions. TSMC, on the other hand, has already begun construction of new facilities (same as Intel), which will allow for increased production, but the effects of these actions will not be visible - as mentioned - before 2023.

We wrote about the reasons for the problems with TSMC's supply some time ago. Apart from the complications caused by the coronavirus (to which, according to many, manufacturers have adapted some time ago) there was also the drought in Taiwan, which hampered the supply of filtered water necessary for the production of chips. The Taiwanese government has taken decisive and controversial action to rectify the situation (at the expense of farmers, as irrigation of many fields has been halted; vide New York Times). As if that wasn't enough, there was a long power outage at one of TSMC's production facilities, which, as Focus Taiwan reported, resulted in an estimated loss of over $35 million. 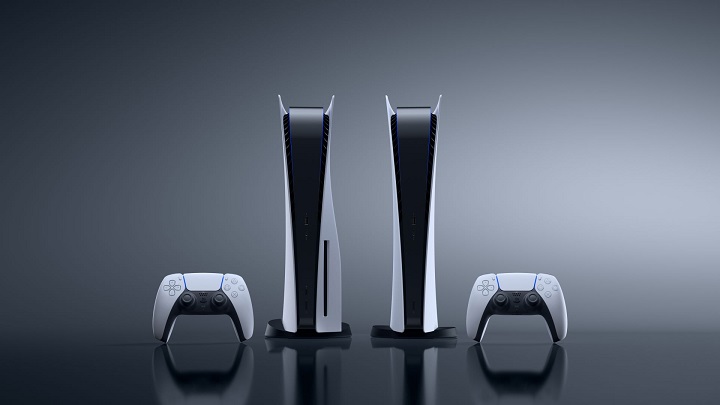 In the current situation, putting two PlayStation 5s side by side in a single photo qualifies as a cruel joke on would-be buyers.

In short, in this context, there is no chance that the prices of consoles, computer components, cars, etc. are going to return to the level from almost two years ago. We can only hope that the actions of manufacturers will actually translate into something more than just another price hike or no less bizarre resurrection of obsolete chips.