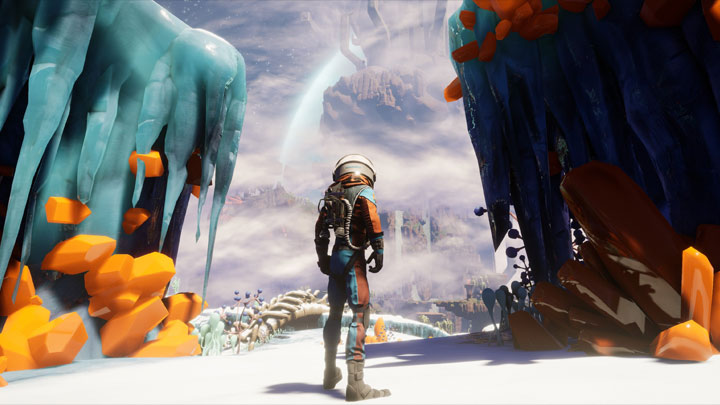 Our journey to a savage planet will take place next year.
JOURNEY TO THE SAVAGE PLANET IN A NUTSHELL:

During this year's GDC, we learned that a large number of PC titles will debut exclusively on Epic Games Store. We must disappoint those who were unhappy about this and hoped that they would get a moment's rest after such a flood. We found out that Journey to the Savage Planet is the store's latest exclusive acquisition.

The game will be released in 2020. Journey to the Savage Planet PC will only be available on Epic Games Store. As usual, the exclusivity period will last one year, after which the production will most likely appear in other digital distribution stores.

The creators have also released a new trailer, which you can see above. The video focuses on presenting the variety of in-game locations.

Let's remind that Journey to the Savage Planet is the debut project of Typhoon studio, founded by veteran Ubisoft employees. The production is inspired by the golden age of science fiction, a period in the history of American literature that covered the years 1938-1946. The devs want to present an optimistic vision of the, one that will be full of exciting adventures, because they believe that today the genre is overrun by dystopias.

In addition to the PC, Journey to the Savage Planet is also coming to Xbox One and PlayStation 4. The console versions will be released next year, at the same time as the PC release on Epic Games Store.