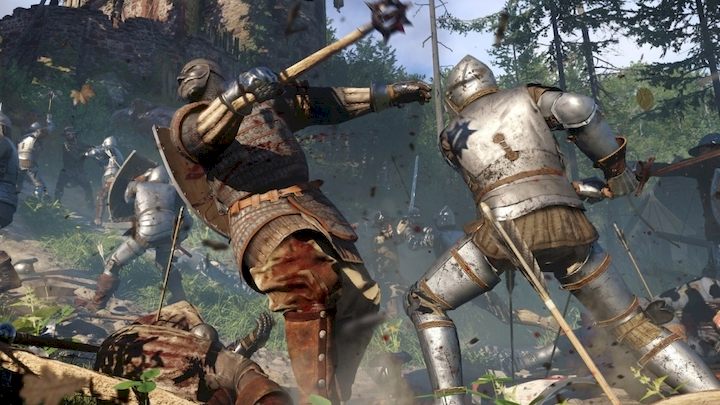 The first year on the market turned out to be very successful for the developers of Kingdom Come: Deliverance.
KINGDOM COME: DELIVERANCE IN A NUTSHELL:

Kingdom Come: Deliverance, an RPG by the Czech studio Warhorse, celebrated its first birthday yesterday. On this occasion, the developers prepared an interesting summary of the achievements of their game.

Two million copies have been sold in the year since the premiere. The game was the most popular among PC players  these accounted for more than half of the total sales figures. This is in line with the estimates of the paid version of the SteamSpy website, according to which the computer edition for Steam was purchased by 1.34 million players. On the other hand, the game's DLCs found a total of half a million buyers on all hardware platforms.

Streams organized by the developers have been viewed more than 13 million times. In the game, we can find 2200 pages of text, containing a total of 4.1 million letters, and hear 45 thousand lines of dialogs, recorded by 50 actors. Moreover, the authors showcased Kingdom Come: Deliverance at 40 industry events.

The summary of the first year on the market.

Let's recall that Kingdom Come: Deliverance was released on February 13th last year for the PC, Xbox One and PlayStation 4. The game was released to quite a warm reception from the industry media - the PC edition has an average rating of 76% according to Metacritic.