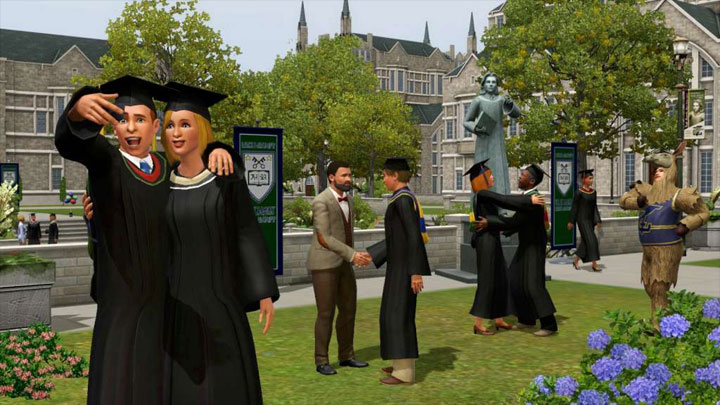 An corresponding supplement appeared six years ago for The Sims 3.

The emotions have not yet dropped after the launch of The Sims 4: Realm of Magic, and fans of the game can look forward to another such attraction. There are leaks on the web about the next add-on.

The source of the information is the Danish LiveKaarten store that recently added The Sims 4: Discover University to its offer. The release date, slated for November 15, this year, is questionable, as it seems to be too early for the debut of the next add-on. In addition, the cover placed on the site is certainly not official, because it uses models from The Sims 3.

Nevertheless, The Sims 4: Discover University is most likely a true extension. A few weeks ago, youtuber Pixelade found a mention of such expansion in the offer of Target.

So far, it is not clear what exactly the expansion will offer. Its title suggests, however, that the sims will go to university, so we can expect new locations, items, activities and career paths associated with higher education.

It is worth mentioning that the two previous installments of the cycle received corresponding expansion. In 2005 the company published The Sims 2: University, and in 2013 we received The Sims 3: University Life. Both expansions were warmly welcomed, so we hope that The Sims 4: Discover University will be an equally successful title.

The Sims 4 debuted on PC in 2014. Console players had to wait three years for their versions, as it was not until 2017 that Xbox One and PlayStation 4 editions were released.