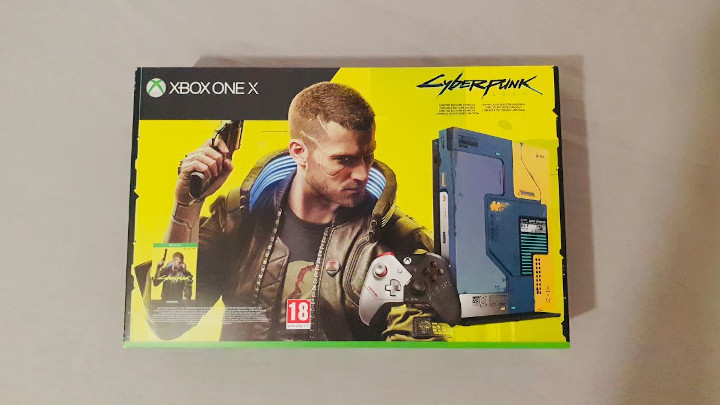 How exactly does the limited, cyberpunk edition of the Xbox One X console look like? / Source: Reddit

In April, Microsoft announced a limited, Cyberpunk 2077-inspired edition of Xbox One X. According to the information provided at the time, it was to debut in June. And it actually did. First users can already enjoy their unique version of the console and they have not missed the opportunity to share its photos online. One of these people is Reddit user NightMercy, who has taken a lot of photos showing details of the design of the special, cyberpunk edition of Xbox One X. You can see some of them below. The rest can be found on this page.

We would like to remind that Cyberpunk 2077 will debut on PC, PlayStation 4 and Xbox One on September 17, this year. A new presentation of the upcoming RPG from CD Projekt RED was slated to take place on June 11, but due to the situation in the US it was postponed until June 25.