Published by Square, Live A Live came out in 1994 for the SNES exclusively in the Asian market. By deciding to release a remake of the game, Nintendo made it possible for more gamers to become familiar with this intriguing title. Live A Live is worth our attention - even today the game can surprise with what it offers.

In Live A Live seven different heroes are available to choose from. Each offers a slightly different experience, each character is a different story, different mechanics. The characters come from different realities - and so the story of The Sundown Kid is set in the Wild West, Cube is a character from a dystopian future, Pogo comes from ancient times, and so on. Individual characters bring other unique elements to the game. For example, Akira, who comes from the near future, uses the power of telepathy, which means he can hear other people's thoughts.

All right, but what is Live A Live actually about and what is the phenomenon of the game? The main reason is what the title offers. And it offers a ton of surprises. During the gameplay as each of the seven characters, we will come across new mechanics or ways of storytelling. These surprises, however, have to be experienced yourself to be able to appreciate the game's experiments.

Live A Live is all about exploring the individual seven stories. In the game we explore beautiful worlds, progress the heroes and take part in battles. The game's battle system is quite unusual. These are not turn-based battles, sort of like in the original Final Fantasy. In fact, each clash takes place in an arena consisting of 7 by 7 fields. To make a move, you have to wait for your turn, our characters alternating their moves with the opponents. The abilities of each character and what we can defend ourselves with depend on the story we are playing. Each character offers something different, so that battle are never the same. But this is also part of the game's phenomenon - we have to discover the secrets and surprises ourselves Live A Live. 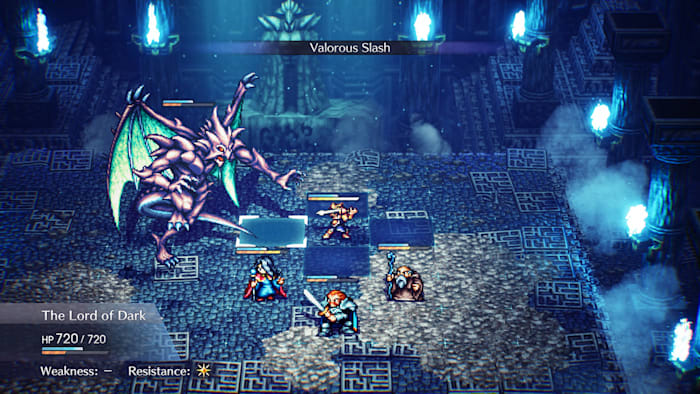 Average rating of Live A Live on Metacritic is 82/100 at the moment, with reviewers appreciating above all the uniqueness of the gameplay, amazing music and graphics.

"Live A Live is one of the most interesting games I've ever experienced. All these different elements shouldn't come together, but it works. Add together some really well done gameplay, beautiful HD-2D graphics and a phenomenal soundtrack, and you have a game I urge all jRPG fans to check out," wrote TheSixthAxis

"It's been 28 years, and Live A Live has finally appeared outside Japan in the form of an excellent remake," notes CGMagazine

"This is a truly bizarre and experimental jRPG (...). Live A Live is an essential game for those who are curious and enjoy playing such different titles," reports Digitally Downloaded

Remake of Live A Live is available exclusively for the Nintendo Switch console.

NMS Endurance - Dream Aerial and How to Get Living Frigate?

City of Atlantis Promises to be a Fabulous Strategy Game, but There's a Hitch