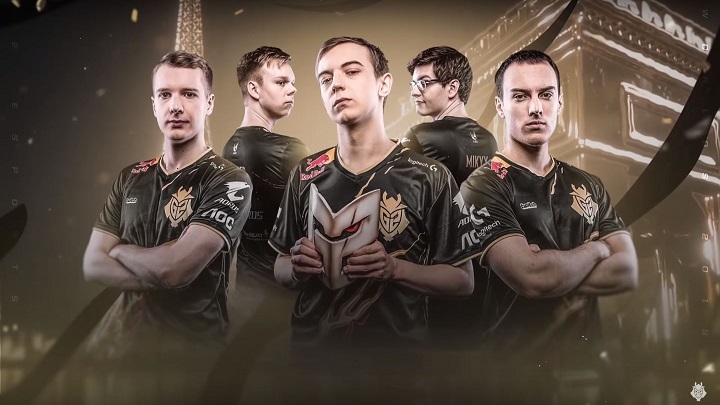 Tomorrow G2 Esports, including Marcin "Jankos" Jankowski, will play the most important match in its career. At 1:00 pm CEST (7:00 am EST) the European team will compete against Chinese team FunPlus Pheonix in the League of Legends World Championship. No European team has won it for eight years now - the last team to achieve this was Fnatic in 2011.

By winning, G2 will not only bring the trophy back to Europe, but will also do something that no other team in LoL's history has done, i.e. win all four major titles of the year - the spring and summer split of the regional league (in this case LEC), MSI (Mid-Season Invitational - G2 defeated Team Liquid 3-0 this year) and the world championship (this one remains before them) - thus winning the so-called "Grand Slam".

Jankos is G2 Esports' residents jungler, who is often called "The First Blood King". He was also honored with the MVP award in this year's summer season of the league, and has a chance to contribute significantly to this feat. Tomorrow's victory would be an amazing moment in his career, which began in 2013. Since then, despite many ups and downs, he has become a player known to everyone who follows LoL's eSports scene. Fans loved him not only for his amazing skills, but also for his personality. You can learn more about him and his story in a video prepared by Riot Games.

This year's successes of G2 is not only due to Jankos. The whole team is a combination of individual talents and cooperation of all players, who, even losing the initial phases of the match, can fix their mistakes and turn the tide of the game. This does not mean, that the finale will be a formality for them. Chinese FunPlus Pheonix will be probably the most difficult opponent for G2 at the current World Championship. Both teams have a similar, aggressive style and are able to surprise with unconventional choices of heroes.

Finally, we would like to remind once again that the final of the League of Legends World Championship will be held tomorrow at 1:00 pm CEST (7:00 am EST). You will be able to watch the final on the Riot Games channels on Twitch, YouTube and on the official website. Personally, as a long-time LoL player and G2 fan, I can't wait for tomorrow.