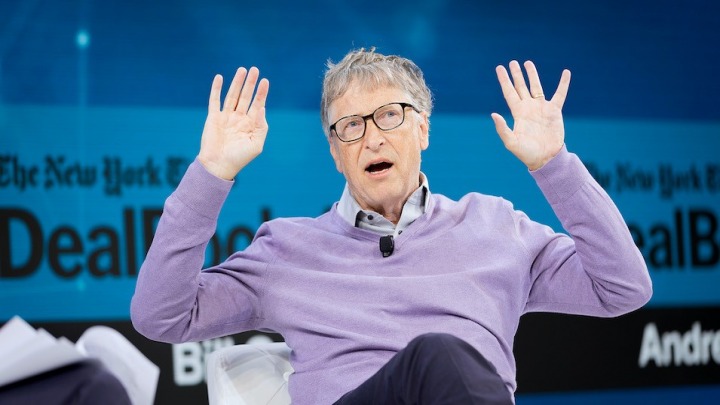 Bill Gates is the second richest man in the world. His assets are valued at over 100 billion dollars.

In a Wednesday interview for the New York Times, Bill Gates discussed the battle between Windows Mobile and Android that took place nearly 10 years ago. Microsoft's co-founder is convinced that if it weren't for the antitrust suit brought against his company by the US Department of Justice, today most smartphones would have had Microsoft's system.

"There's no doubt that the antitrust lawsuit was bad from Microsoft and if we would have been more focused on creating the phone operating system and so instead of using Android today you would be using Windows Mobile. If it hadn't been for the antitrust case we were so close, I was just too distracted, I screwed that up because of the distraction", said Gates.

The co-founder of Microsoft is speculating that if it wasn't for the 3-month delay in the release, the system would have appeared on Motorola (the exact model is not known), which eventually used Android. The company tried to correct its mistakes and even bought the Finnish company Nokia in an attempt to enter the smartphone market. Unfortunately, it was too late.

Now nobody here has ever heard of Windows Mobile, but oh wow. That's a few hundred billion here there..." said jokingly.

There's no telling how right Bill Gates is in his conjecture. This is not the first time he has expressed his disappointment at the failure on the smartphone OS market - at the beginning of this year he called it "the biggest mistake in history". Recently Microsoft announced a new device - a folding smartphone equipped with two screens, ironically based on Android with an overlay similar to Windows 10.

The whole interview with Bill Gates, which took place at the DealBook conference organized by the New York Times in New York, can be watched here: