If you remember 2011’s Alice: Madness Returns, you might recognize the above game. During today’s EA Play Live 2021, Zoink revealed more information on their latest work Lost in Random. Same as Fe, the new game from the Swedish studio will be published under the banner of EA Originals.

Lost in Random is an action adventure game that resembles a combination of the aforementioned Alice: Madness Returns with Dicey Dungeons. In the game, we will learn the story of two sisters, Even and Odd, and the consequences of their meeting with the wicked queen of the Kingdom of Random. We will travel through the evil queen's domain together with Even, who will be accompanied by Dicey - an animated dice helping us in combat. 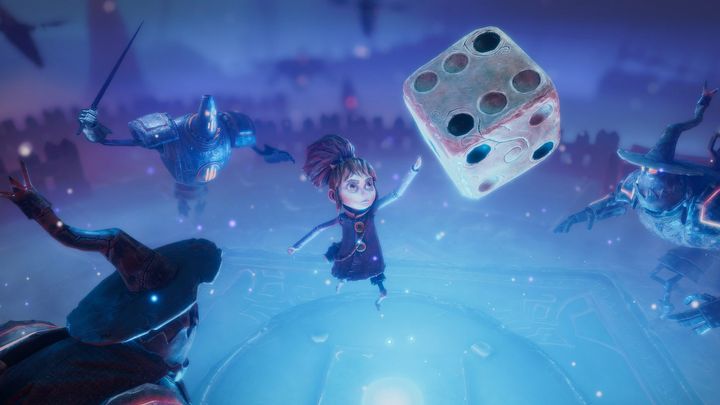 Speaking of combat, the system used in the game will be unique. We’ll get a combination of fast and explosive combat with melee and ranged weapons with a more tactical use of the cubic companion's powers, activated by skill cards acquired during the adventure.

During the game we will collect coins, which can be used to unlock new attacks, skills, and other things helpful in battles. The heroine will be equipped with a slingshot or a magic bow, with which she can attack enemies or collect energy cubes used to charge the skills of Dicey, who will accompany us in the game like the Companion Cube from Portal.

Dicey will be equipped with a range of skills, such as turning into a ticking bomb capable of blowing up our enemies or generating a force field to protect the heroine from enemy attacks. In the game we will be able to set traps, cast curses and participate in battles in arenas reminiscent of big board games. The game’s setting will depend in part on various random circumstances. 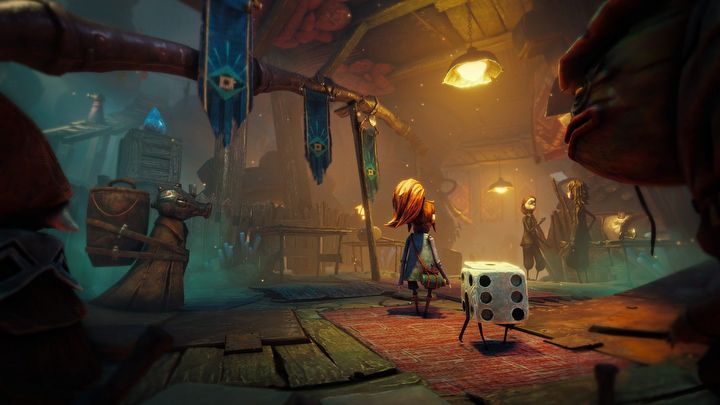 The world of Lost in Randomis a fairytale place divided into six lands, full of mysterious characters and unique locations. The Queen, like Queen of Hearts from Alice in Wonderland, rules over the fairytale kingdom, which hides many secrets. Kingdom of Random is a dark world where many surprises and dangers await the characters. 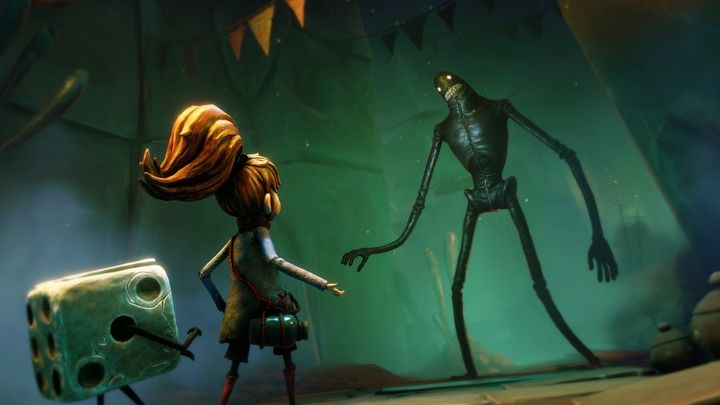 Zoink, an award-winning Swedish video game developer, is responsible for the game. The Swedes' games focus on storytelling, unique visuals and surprising ideas. Zoink does not limit itself to one genre; their previous productions include the mystical Fe, the adventure game Flipping Death, the absurd platformer Stick it to The Man! or the emotional VR narrative title Ghost Giant.

"When we started this project, we knew we wanted to create a tale that was a little darker than what we've done in the past; we ended up drawing different characters and concepts, but it wasn't until the image of the girl and her dice came out that we knew there was something more to explore.

A difficult aspect we had to deal with was defining what the gameplay would look like - we wanted the theme and fun to revolve around dice, but we had to consider what was too random and what was random enough. We feel that everything grew very naturally from that core idea," said Olov Redmalm, creative director and lead writer of Lost in Random.

Battlefield Portal May be the Revolution That the Brand Needs