Update 6.0.0 to Dead by Daylight has introduced a number of changes. One of them is a minor modification to the Father Campbell's Chapel map, which removes a horse named Maurice from the map. From this news you will find out who the missing animal is and what most likely happened to it.

Maurice is a heavily mutated, three-eyed horse that belonged to Clown, one of the killers present in Dead by Daylight. The animal appeared in the game in 2018 with update 2.0.0 and could be found in the Father Campbell's Chapel map, which is part of the Crotus Penn Asylum. This is because it was an integral part of the circus caravan. Although players could not interact with it, the creature itself was so distinctive that it was hard to miss it.

On June 7 DBD received its 24th chapter, entitled Roots of Dread. On the same day, update 6.0.0 was released and it was this patch that caused Maurice to disappear from Father Campbell's Chapel. The fate of the horse is uncertain.

Players speculate that Maurice was killed by the new killer - The Dredge. This is indicated by one of the animations in his possession. It shows how a horse's head, which deceptively resembles Maurice's, fall out of the black matter. The creators themselves seem to confirm this thesis, so the chance that the animal was killed is very high. 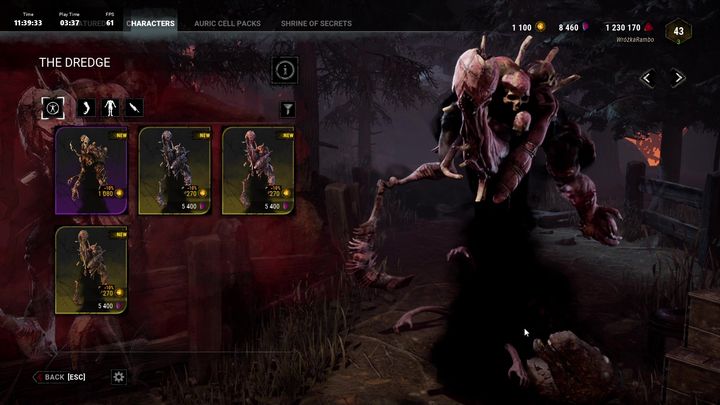 Steam Next Festival Launches; Try Out Games Shown at 'Pseudo-E3'

Does Starfield Really Look Like No Man's Sky? Here's a Comparison