Recently, we wrote about the emerging post-apocalyptic survival game - Urban Strife, published by MicroProse. However, this is not the end of the company's publishing plans. Yesterday (i.e. on January 19) a new trailer of HighFleet: Deus in Nobis has appeared on YouTube. The title will be a strategy game about managing a sky fleet. Russian developer Konstantin Koshutin is responsible for the development.

The published trailer presents the gameplay, which will be conducted on several fronts. Clashes of our squadron will take place in 2D, and a large role is to be played by the proper deployment of airships and exploiting the weaknesses of the enemy. In addition to combat, an important element will be the management of fleet and available resources, as well as exploration. The game also has its own vehicle editor, in which we will receive a lot of freedom in the creation - it will be possible to construct small and light reconnaissance planes, as well as armored giants that can tank tons of damage. Such a move will help in developing the perfect combination for our style of play.

As the dev, Konstantin Koshutin, explains (via PCGamer.com):

"Highfleet is a simulator of a military operation of a squadron of warships, which is sent deep into enemy territory. This is partly a journey to a mysterious country with unexpected discoveries and adventures. And partly a carefully calibrated military campaign, with the search for resources, bases, and allies."

The plot details of HighFleet: Deus in Nobius are not yet known. What is known is that the action will set in the desert land called Gerat, where we will be sent as a fleet commander to restore order in the middle of a rebellion sweeping the country. In the game, we'll encounter various factions, with which we'll be able to ally ourselves, as well as get the opportunity to make choices with a variety of consequences. The world's design evokes certain associations with post-apocalyptic settings, which fits well with the theme of the war-stricken desert country. 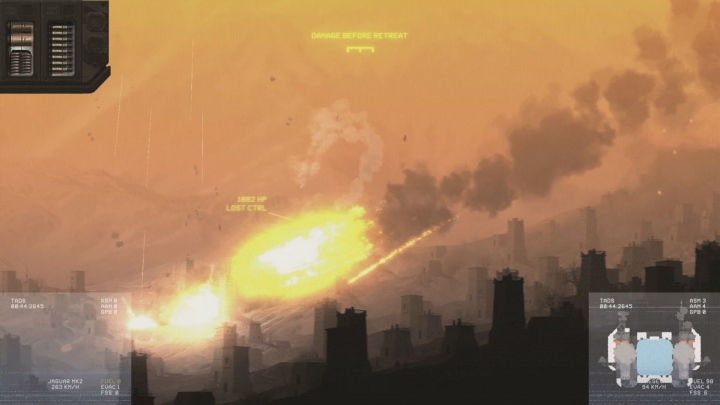 At the moment we do not know the exact release date, but according to the information on the game's Steam page, we can expect HighFleet to come out in the second quarter of this year.