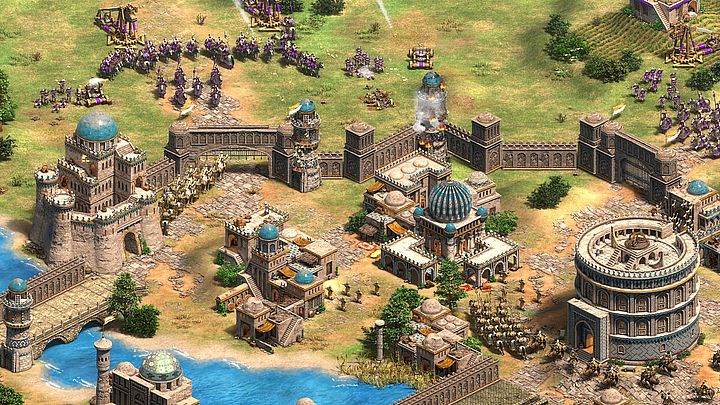 New Age of Empires is on the way. And that's not all.

Acquisition of Double Fine Productions studio by Microsoft was definitely one of the most interesting events during the company's conference at the recently concluded E3 2019 Expo. As it turns out, this is not the only new player in the team of the giant from Redmond. While players watched the show in Los Angeles, Microsoft "quietly" announced a new studio that will deal exclusively with thewith the Age of Empires series. It will be headed by Shannon Loftis, CEO of Microsoft Studios Publishing.

We can expect that really good times are coming for the popular strategy franchise. Microsoft openly acknowledges that it has prepared the appropriate financial and human resources to guarantee the quality of the Age of Empires series on PC. So far, the newly established studio hasn't got a name yet, but we'll probably get to know it during the presentation of one of the upcoming projects. Lets recall that Age of Empires II: Definitive Edition (created by Forgotten Empires) will be released this autumn. Fans, however, are still waiting for new information on Age of Empires IV, for which Relic Entertainment is responsible. Age of Empires III: Definitive Edition should also be on the way.

„Thank you, Hello Games” - Say Fans To Developers Of No Man's Sky