One of the "big absences" of E3 2019 was the Age of Empires IV is being developed by the Relic Entertainment team. The PC Gamer editorial team asked Phil Spencer, who was the "face" of Xbox, about the reasons for this state of affairs. As it turns out, the production process of this title is heading in the right direction, but the giant from Redmond is waiting for the right moment to share with us some new information about it.

Fortunately, we will not have to arm ourselves with patience for long, because we are to hear about the fourth installment of this cult series this year. As we learned about the existence of this project two years ago during the gamescom fair, we can assume that new details about it will be provided in Cologne. It is therefore worth recalling that this year's edition of the German trade fair will be held from 21-24 August. 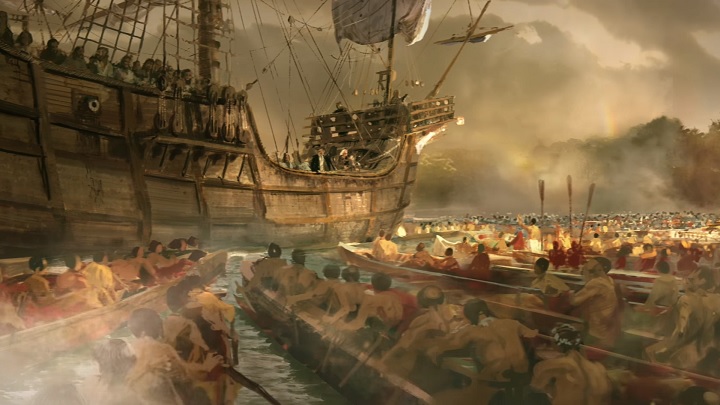 Work on Age of Empires IV is in full swing.

All right, but if Age of Empires IV is well, someone could ask why the "sneaking around". This production, although important for Microsoft, is only one of its "Aces up the Sleeve", and Spencer himself claims that at Sunday conference the company decided not to show up everything. This approach allows the Redmond giant to build up the hype "all year round, maybe even up to the next E3".

As for the cooperation with Relic Entertainment, Spencer's words show that Age of Empires IV could not have been in better hands; the team "did the best job" in terms of the direction the production should take. Another thing is that after the premiere of Age of Empires: Definitive Edition, the brand community began to recover and to serve developers and publishers with suggestions, so that they could still "learn a lot".

Age of Empires IV is not the only upcoming project within the series. On Sunday, the Redmond giant presented a trailer for Age of Empires II: Definitive Edition and announced that we will play it this fall. Besides, there is also a remastered version of the third part of the series on the way.

We Have To Wait More For New Fable