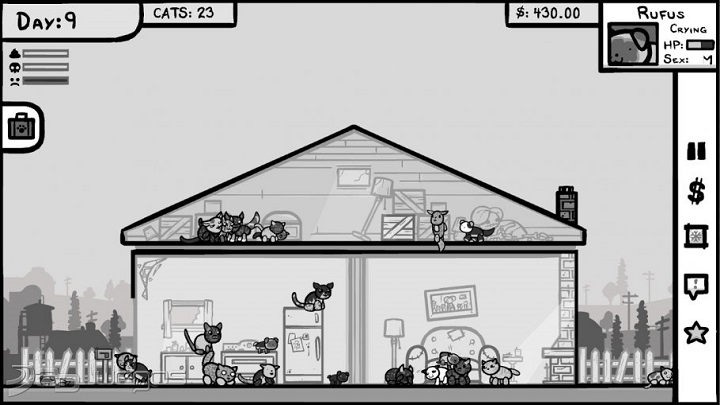 The "weird cat mother" simulator is said to be back in production.

After a year and a half of silence, Edmund McMillen once again spoke about one of his planned projects. The creator of such independent hits as The Binding of Isaac or Super Meat Boy assured on Twitter that the work on Mew-Genics - a cattery management simulator - after six years in "developer hell" is back on the track. However, it is worth noting that this is not the first time when McMillen asserts that the title is alive and well. Nevertheless, we keep our fingers crossed so that this time the Mew-Genics development process really does move at full speed. Unfortunately, we still don't know the release date, so we can only guess when we're finally going to deal with our own two-dimensional kittens.

McMillen's new project, created with the help of Tyler Glaiel, programmer Krystal Fleming and musician Ridiculon, is a black humour, two-dimensional cattery simulator. The player will play the role of a lonely old woman who has to take care of her pets - feed them, take care of their needs, breed them according to plan, and then put them up for competitions - while trying not to exceed her small home budget. Different cats will have different characteristics, genetic predispositions and phobias, and our job will be to ensure that they grow up in health and calm. Of course, McMillen's gloomy aspects will not be lacking - four-legged cats can be taken away by the police, become ill with a range of deadly diseases or escape.

When are we gonna play Mew-Genics? The release date of the game unfortunately still remains a mystery, but we can safely assume that it is not this year. It is not the only project that Edmund McMillen is currently working on. The developer is currently creating another expansion set to The Binding of Issac, called Repentence, which is due to debut in December, and The Legend of Bum-bo, scheduled for the end of August and beginning of September. Mew Genics will probably not be launched until the final release of these titles.