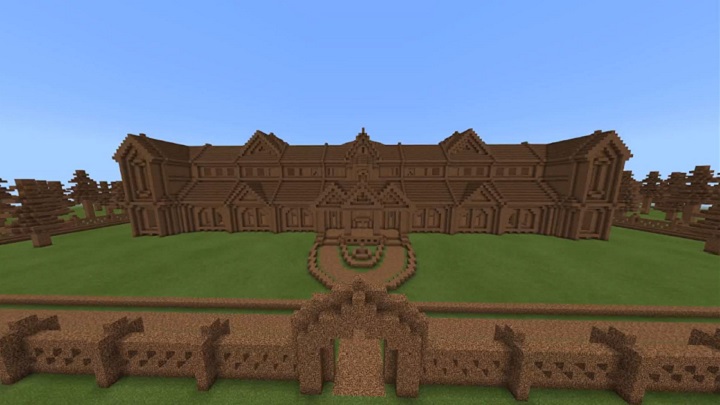 The creativity of Minecraft players just keeps on surprizing us.

One Reddit user shared, on Minecraft-dedicated subreddit, his unsuals project. He decided to build a manor and its surrounding garden using only dirt, which is the most common resource in the game (and also the easiest one to destroy). His house quickly won the hearts of the other users, mainly because the Minecraft community tends to joke about beginners, who usually begin with a humble hut made of dirt as their first shelter. However, the author of the thread took this to a completely different level, which won the admiration of others. You can see the effect of his work below.

However, there were those who accused the author that he simply downloaded the finished design of the manor house and changed the materials used to build it using a special command. However, the author explained that he built the villa with his own hands on a console, on which the said command cannot be used. It is also worth noting that an alternative version of the villa was created, in which there is much more "greenery".