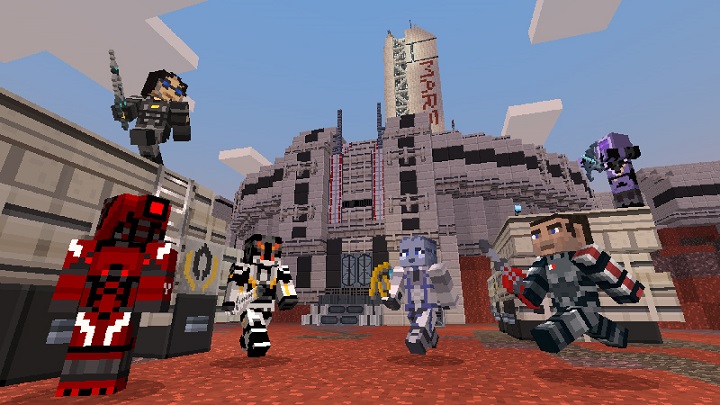 Mass Effect went to Minecraft.
IN A NUTSHELL:

Minecraft players can now move straight into the world known from the Mass Effect series. All this thanks to the official content pack, which offers, among others, 36 different character skins (including Commander Shepard, Illusive Man or Garrus), special locations (including the base on Mars), new textures and a soundtrack inspired by the space opera series. The pack is now available for download for 990 Minecraft Coins on PC with Windows 10, PlayStation 4, Xbox One and Nintendo Switch, as well as on Android and iOS devices. You'll find it here.

Speaking of Minecraft, you can't miss out on other projects related to the game, about which we've already. Let us remind, that on March 7, an MMORPG server - Hegemony: Ascension - will launch, where the players will be able to explore a sandbox fantasy world, full of different kinds of items to be found and tasks to be performed (commissioned by the militia and thieves guild). In January we also informed about the recreation od the world of Gothic or Harry Potter in Minecraft. The list of the best modifications to the game can be found here.

What's more, a few weeks ago, the original game has been updated to include a new rare resource - Netherite - and additional biomes. According to data from November 2019, nearly half a billion players worldwide are playing Minecraft.