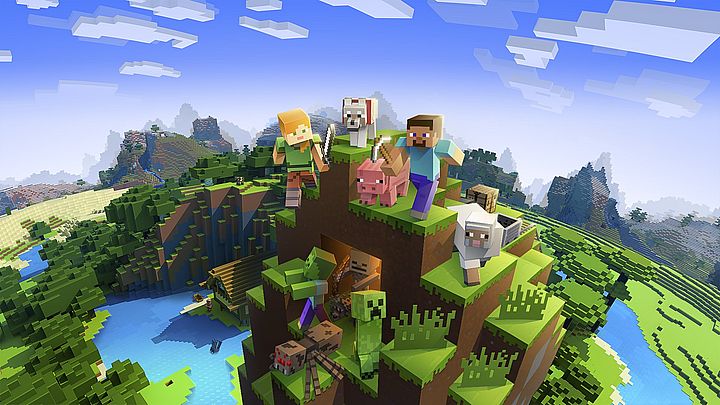 The Minecraft community could win any war by sheer numbers alone.

According to the latest data, presented by a respected analyst of the video game market, Minecraft boasts the largest community of players in the world. If we compare the game to the biggest in terms of population, it would turn out that the brick kingdom has more "citizens" than e.g. France, Great Britain or even Russia. Adding up users of the traditional paid version and free accounts from China, Minecraft has achieved an impressive 480 million players worldwide.

This information was provided on Twitter by analyst Daniel Ahmad, who repeatedly proved that he knows what he is talking (or rather writing) about. It turns out that most Minecraft players come from the Chinese edition, which was released in 2017 and in just 2 years gathered almost 300 million users. The paid version sold 180 million copies worldwide. Equally interesting is the fact that the production has 112 million active players per month.

It is difficult to explain the phenomenon of the title. Players simply love the ability to build in a pixel world. Although newer and more technologically advanced productions are emerging, users are still eager to return to good old Minecraft. This is also evidenced by another statistic given by Daniel Ahmad. According to it, Chinese players spent about 146 million days in the game, which gives us some 400 thousand years of playing. Fans could expect a continuation of the title, but if the first part is doing great, then why should anyone be developing a sequel?

Minecraft appeared on PC November 18, 2011. Since then, the game has already made its debut on almost all available platforms, and there are plans to create several other games set in the brick universe.

Death Stranding - Here's a List of All Revealed Celebrity Appearances