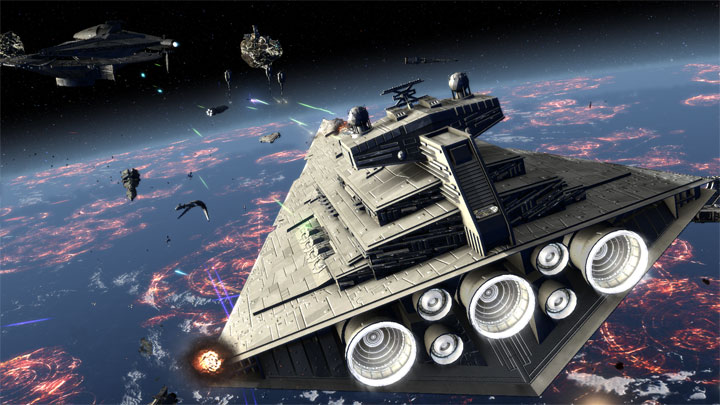 This year's Empire At War Remake mod turned out to be unrivalled.

Mod DB users voted for the ten best fan modifications of 2019. Over the past twelve months, various projects related to Star Wars have attracted the most interest, especially Star Wars: Empire at War: Forces of Corruption. There is as much as four RTS mods in the top ten.

10. Rise of the Mandalorians for Star Wars: Empire at War: Forces of Corruption

The top ten is open with Rise of the Mandalorians mod for Star Wars: Empire at War: Forces of Corruption. The project takes the action back to the times after the fall of the Empire and the birth of the New Republic. The authors changed many visual elements, reworked existing armies and introduced additional maps.

Above all, however, the Zann Consortium was replaced by the playable Mandalorian fraction, with its own units and technologies. Without a doubt, the mod benefited a lot from the popularity of The Mandalorian series from Disney+. 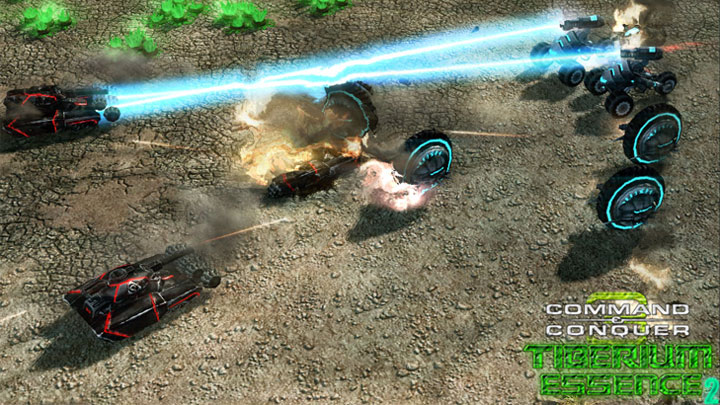 Tiberium Essence, on the other hand, is a modification to the Command & Conquer 3: Tiberium Wars RTS. The project is heavily reworking the game's mechanics and introducing many units from Tiberian Sun, released in 1999, the lack of which was criticized by the community.

All in all, we get an interesting hybrid of the second and third installment, to which the authors added a handful of their own ideas and provided a surprisingly well-balanced mod.

Wars of Liberty, on the other hand, is a modification for Age of Empires III: The Asian Dynasties, which takes the action to 19th-century Africa. To reflect this setting, existing factions were changed and some new ones were added. A large set of previously unavailable types of random maps and many new animals and plants were also introduced.

On position number seven, we have Battlefront 2 Remaster Project. According to the title, the project refreshes the 2005 Star Wars: Battlefront II, so that it is more in line with modern standards.

For the time being, the mod works in modules. Each remastered map is available separately, with a separate project to improve visual effects.

6. Republic at War for Star Wars: Empire at War: Forces of Corruption

Next place was taken by another mod for Star Wars: Empire at War: Forces of Corruption , titled Republic at War. The project enables us to play the conflict between the Galactic Republic and the Confederation and take part in the Clone Wars.

Compared to the basic version, the authors have changed or modified practically all units and locations. There have also been significant changes in the gameplay mechanics, so that the game is able to reproduce the nature of this conflict.

The first five is opened by MMod for Half-Life 2: Episode Two. It thoroughly reworks the combat mechanics in the game, providing us with new options, weapons and skills. The artificial intelligence of enemies has also been greatly improved, and additional abilities have been added to enrich the fights.

S.T.A.L.K.E.R. Anomaly began its life as a rework of S.T.A.L.K.E.R.: Call of Pripyat, but the modification is now independent, so the game is not needed for to run the mod.

It is a powerful project that enriches The Call of Pripyat with many new story missions in four additional storylines, a whole host of side tasks, an automatic repair system, extensive camouflage mechanisms, extended A-Life and several new crafting options such as cooking or drug production. The visuals and artificial intelligence have also been greatly improved.

The first three is opened by Thrawn's Revenge: Imperial Civil War, another mod for Star Wars: Empire at War: Forces of Corruption. This project (based on the events of Star Wars Legends, instead of the current canon) takes the game back to the time after the fall of the Empire, offering four factions - the remnants of Empire forces, the armies of the New Republic (formed as the successor to the Rebel Alliance), the Pentastar Alignment consisting of fourteen sectors on the fringes of the explored space, and the Empire of the Hand, a hegemony created by Admiral Thrawn.

Ultimate Apocalypse is a modification for Warhammer 40,000: Dawn of War - Soulstorm. The mod significantly increases the scale of battles, allowing them to be fought by many more troops and allowing the use of super weapons. In order to balance this, the authors also introduced numerous new units, buildings, skills and weapon modifications. Artificial intelligence was also improved, the infiltration system was reworked, and the large walking machines known as Titans were allowed to be used during battles.

The project is perfectly balanced and for many years it has been constantly featured in the lists of best fan works on Mod DB.

First place was taken by Empire At War Remake: Galactic Civil War. Unlike other modifications to Star Wars: Empire at War: Forces of Corruption, this project doesn't try to move the action into new setting. The authors' goal was only to refresh and expand the game. To achieve this, they have thoroughly reworked the entire visuals, improving practically all its elements and introducing new visual effects.

New units have also been added, game balance has been improved and gameplay mechanics have been developed. However, all this was done in a way that preserves the atmosphere and style of play of the original.