The developers from TaleWorlds have published an extensive message on Steam that addresses the issue of Artificial Intelligence in battles in Mount & Blade II: Bannerlord. The information that many players are most interested in, however, appeared at the very end. The creators revealed that this week (so until February 23) they will have one more announcement for us, this time related to the launch of the game in Steam's Early Access. There is a possibility that in the coming days we will find out when the interested parties will be able to check out the game in question (and see if the latest reports about the March release in Early Access will turn out to be true). However, the fans of the series have no other choice than to be patient and see what changes await them when it comes to AI. 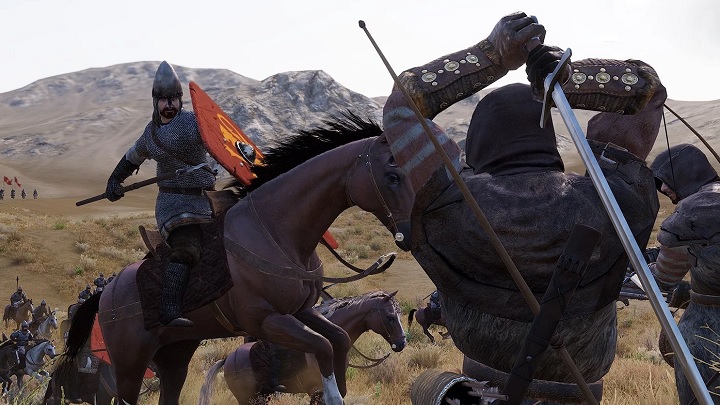 The creators of Mount & Blade II: Bannerlord focuses on the artificial intelligence of opponents.

Let's start with the fact that the artificial intelligence of enemies in Mount & Blade II: Bannerlord works on three planes. While the first is responsible for the operation of entire armies during battles and the second controls their formations, the third is reserved for individual units and their behaviour on the battlefield. As it turns out, in its original form, the AI tended to make stupid decisions. This made the opponents launch attacks when they should remain on defensive, or let themselves be fooled by simple faints. The devs therefore decided to take th AI to the workshop and make its behaviour more natural.

The changes they have introduced have now made the enemies pay more attention to the direction in which they should lead their attacks, and (depending on the level of their skills chosen by us) better "understand the combat mechanics", and thus know, for example, the duration of the stun or statistics of our equipment. At the same time, they are more careful in carrying out orders for the entire army and formations that come "from the top". You can see how the improvements work in practice by watching the video below.

Finally, let us remind that it is still possible to sign up for the closed beta-tests of the game's multiplayer mode. You will find the application form at this address.