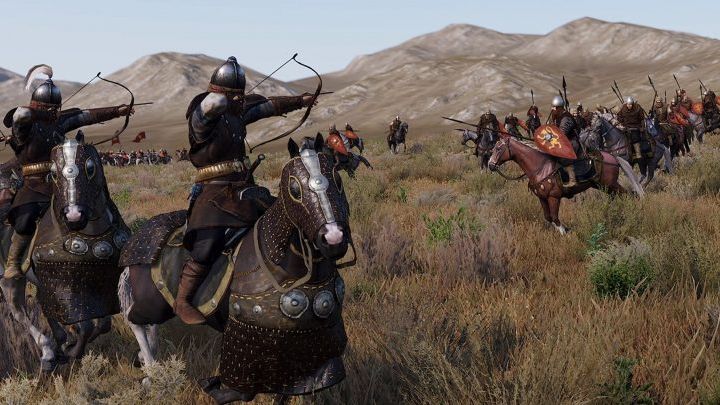 Another gameplay from Mount & Blade II: Bannerlord, historical, online action game with RPG elements from the Turkish studio TaleWorlds, has appeared on the web. The material lasts over thirty-five minutes and presents mainly scenes preceding the attack on a fortress (the beginning of a siege). You can watch it below.

In the video we see one of the desert locations - a stone fortress bombarded by a catapult and a ballista (which, addmitedly, looks pretty cool). We also see the player who controls the character fool around and try to break the game in various ways - including throwing items where they can. If you want to watch the whole thing, know that the action starts around 25:00.

We would like to remind that Mount & Blade II: Bannerlord will hit PC in March this year (only as part of early access for the time being).