Had it not been for Josh Scherr's presence at Naughty Dog, the studio might not have achieved such spectacular success. This American screenwriter and game designer joined the team in 2001 and for many years held important positions on projects from the Uncharted series. Scherr's contribution was particularly visible in the third and fourth installments of Nathan Drake's adventures, for which he served as lead animator and writer. In addition, he was heavily involved in the design of The Last of Us Part II.

However, everything has its end and after 21 years of work, the creator decided to part ways with Naughty Dog. He announced his decision on Twitter. 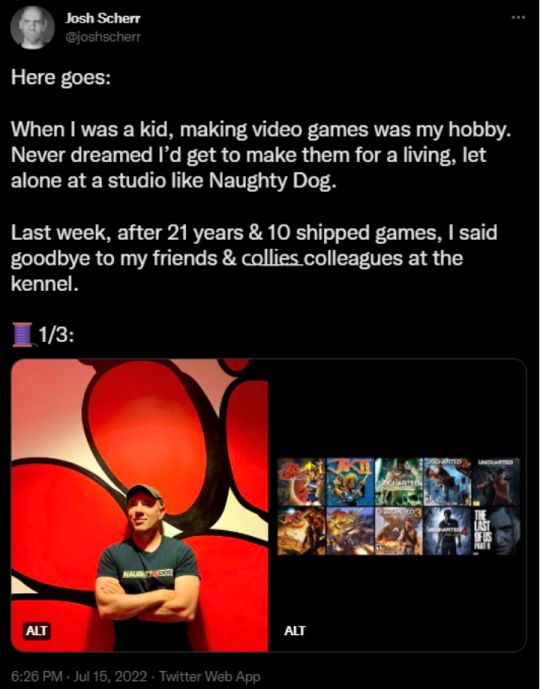 In the published posts we can read that the developer is looking forward to "something new," but for the moment he did not reveal details about his future. Perhaps his departure from Naughty Dog is related to his former co-worker Amy Hennig, who now heads a new studio: Skydance New Media. In April we reported, that this team will create another Star Wars game. It is not out of the question that Hennig has made Scherr an offer to collaborate on a mysterious project.

Ghost of Tsushima Close to a Beautiful Sales Milestone