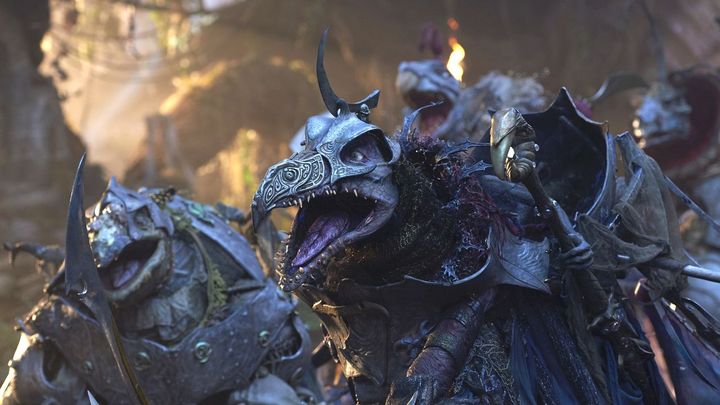 Sad news for all fans of this universe.

Netflix can be merciless towards its original productions and the beautiful fantasy series Dark Crystal: Age of Resistance just became another victim of the company's cost cutting. The work told the story of the land of Thra, where small but brave Gelflings had to face terrifying and disgusting Skeksis. It's a prequel to the original 1982 movie, made one hundred percent with the help of practical puppet characters and handcrafted set designs.

Just making sure the staging was sufficient required a lot of money, and if we also take into account the involvement of really famous Hollywood names like Taron Egerton, Mark Hamill and Helena Bonham Carter, we can come to a simple conclusion that it was a really expensive production. It did not gain much popularity, so Netflix had to get rid of it. It's a pity, because the first season is a small masterpiece in the fantasy genre, which everyone should get acquainted with.

We can confirm that there will not be an additional season of The Dark Crystal: Age of Resistance. We know fans are eager to learn how this chapter of The Dark Crystal saga concludes and well look for ways to tell that story in the future. Our company has a legacy of creating rich and complex worlds that require technical innovation, artistic excellence, and masterful storytelling. [...] We are so grateful to Netflix for trusting us to realize this ambitious series."

The last few days were bittersweet for The Dark Crystal's creators, given that a few days before the show was canceled it managed to win the Emmy Award for "Outstanding Children's Program". This achievement was also appreciated by Netlix itself, which congratulated Jim Henson Company:

We are grateful to the master artists at the Jim Henson Company for bringing The Dark Crystal: Age of Resistance to life for fans around the world. Were thankful to the executive producers Lisa Henson and Halle Stanford, and Louis Leterrier, who also directed all episodes, as well as the writers, cast and crew for their outstanding work and thrilled they were recognized with the Emmy this weekend.