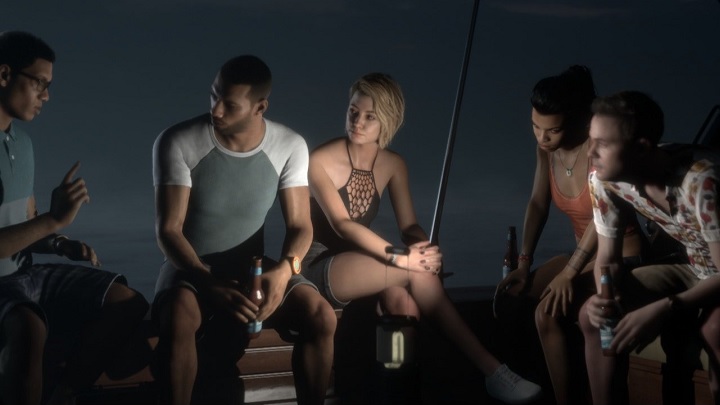 If we die, we die in good company.

Supermassive Games, famous for its Until Dawn released in 2015, has announced that its latest work, The Dark Pictures: Man of Medan, will have two multiplayer modes; it will be possible to play with other players online or locally. As this production is the first part of a series of unrelated horror games (called The Dark Pictures), the creators are already convinced that in its next installments we will also see features developed with multiplayer in mind.

Before we discuss them, we would like to remind you that the title is coming to PC, PlayStation 4 and Xbox One, and will debut on August 30, 2019.

The first multiplayer variant of The Dark Pictures: Man of Medan, is the "couch" Movie Night Mode. Each of up to five players will choose the character they want to control, and will do so when the action is focused on them. On consoles, this mode will require us to transfer gamepads between ourselves, while players who play on PC using the mouse and keyboard will have to do it hotseat-style. After the session is over, the game will display a summary of each participant's actions. 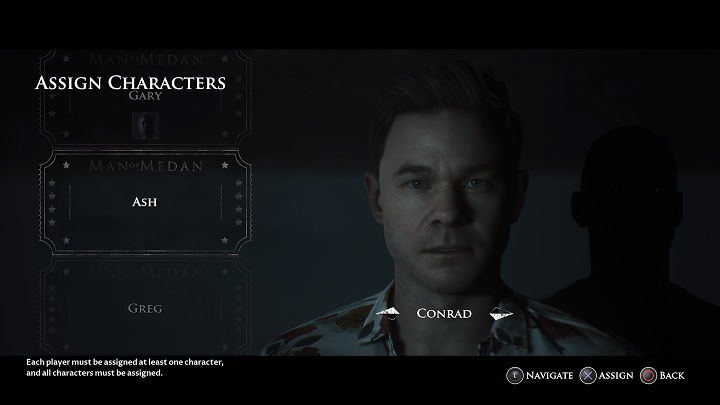 Movie Night Mode in The Dark Pictures: Man of Medan is based on the rules of hot seat.

Shared Story Mode is the second multiplayer mode of The Dark Pictures: Man from Medan, where two people will play online, controlling selected characters and making decisions determining the course of the plot. The materials presented by the creators suggest that the moment the characters split up, we will be seeing two different scenes on the screen, like in the warmly-received A Way Out. 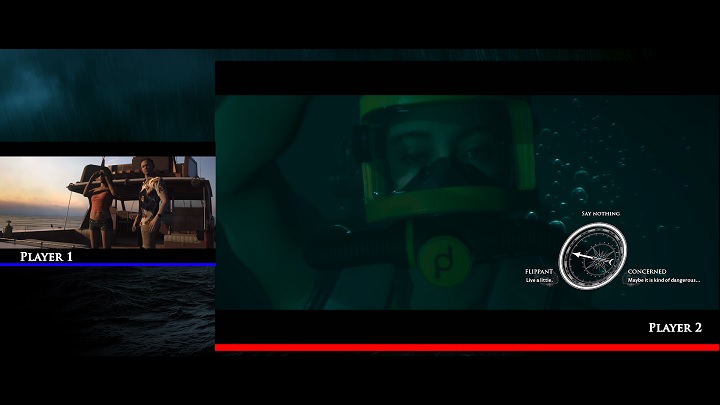 Shared Story Mode will allow two players to have fun online together.

Why did the developers from Supermassive Games decide to implement multiplayer mode in their new work? The reason for such a decision was mainly the high popularity of streams from Until Dawn and video materials on YouTube (which can boast of over a billion views). In addition, the fans made it clear that their previous production had been a great success during "couch meetings" with their friends. All this was supposed to make The Dark Pictures: Man of Medan come into being from the very beginning mainly with the idea of offering multiplayer fun.