IMGN.PRO isnt spoiling those waiting for SEVEN: The Days Long Gone. Since the official announcement in August 2015, only one big fragment of gameplay has surfaced, along with the trailer and a tiny teaser showing the environment. The developers have just given us another trailer, this time showing the sneaking mechanics and elements of parkour. Unfortunately, this one isnt incredibly insightful either  its just over a minute long.

Still, during those few brief moments, we can spot some cool features. The most conspicuous of these is the verticality factor, advertised as the games backbone: the locations will be multi-leveled, and movement will involve a lot of jumping across roofs and ledges. The visual layer looks very good as well: the game utilizes cel-shading, which immediately evokes associations with Borderlands, however here, the stylistics are much more somber. What can raise concerns is the AI  during just one minute, weve seen some cardinal sins committed: the enemies completely ignore the fact that their buddy  clearly against his own will  is falling from a considerable height, and when they finally do react (note that it takes charging full steam ahead to spur some action on their part) their movement isnt particularly vigorous. But, lets not draw conclusions just yet  we still havent received a concrete portion of gameplay, nor did we learn anything concerning the potential release date, which  a year and half after the announcement  is still a big mystery. 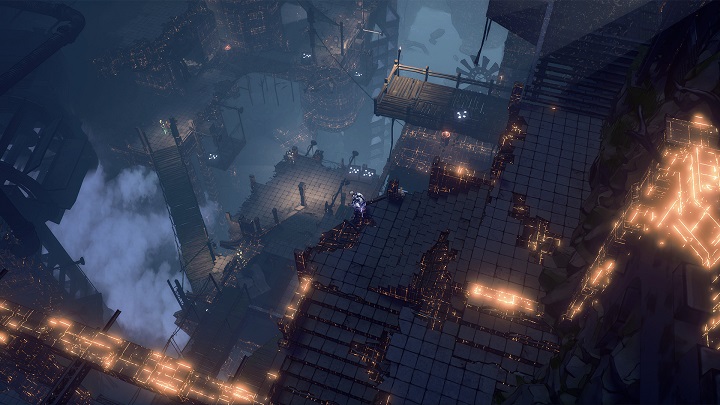 SEVEN: The Days Long Gone is a very promising stealth game. The question is whether it has legs to keep us waiting much longer.

Feargus Urquhart: Black Isle studio worked on Fallout 3 at the end of the 90s