Recently, more and more reports on the Splinter Cell series appear in the web. The first information on the alleged work on the next installment appeared in the Internet back in October. Recently, Tom Henderson revealed that the game is to be an open-world title, using locations similar to those known from the Assassin's Creed series or Halo Infinite.

We still don't know if the reports are true, but it's clear that Ubisoft has expressed renewed interest in the brand. The French company has registered another trademark for Splinter Cell, this time related to entertainment services. This category refers to a wide range of products, including video games, but also television programmes, films and series, esports events and even transmissions of theatre performances. 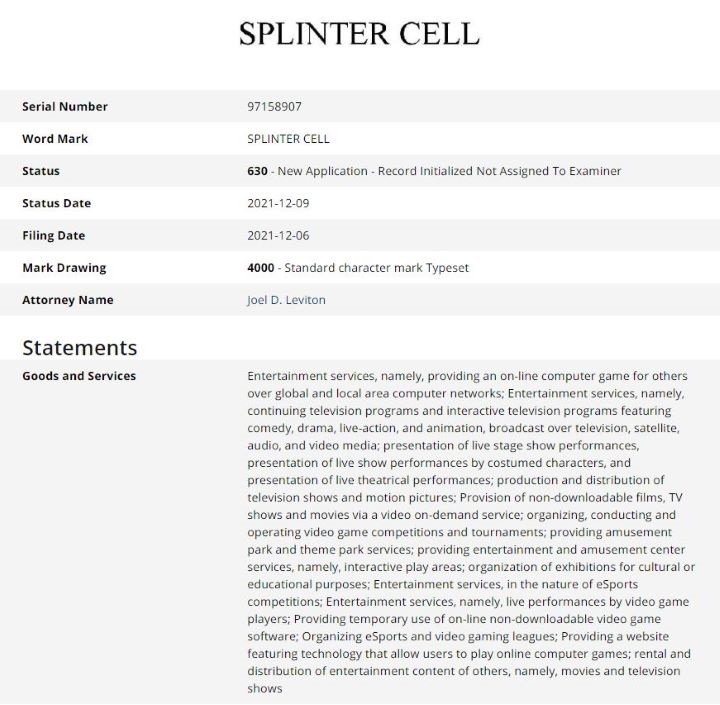 Ultimately, the registration of the trademark does not necessarily mean an imminent announcement of the next game. It is possible that it refers to side projects, such as the animation created by Derek Kolstad for Netflix. However, these are only speculations. At this point we can only say that Ubisoft clearly intends to develop the brand.