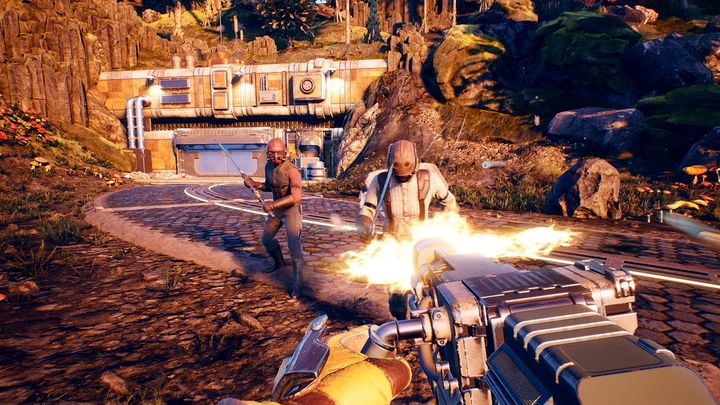 The Outer Worlds received a trailer reminiscent of a propaganda film.

In less than two months, The Outer Worlds - a science fiction RPG will hit the market. Meanwhile, Obsidian Entertainment presents a new game trailer, which introduces to the setting and shows gameplay.

The entire new trailer is in the style of a propaganda film to encourage people to settle in Halcyon. While presenting the subsequent advantages of the colony we have the opportunity to see a number of locations that we will be able to visit during our adventure. The whole thing is mixed with short gameplay fragments, focusing on fighting and presentation of the types of weapons available in the game.

The Outer Worlds will launch on October 25, 2019. The game will be coming to PC (only on Epic Games Store and Microsoft Store), PlayStation 4 and Xbox One. Later the title will also be released on Nintendo Switch.