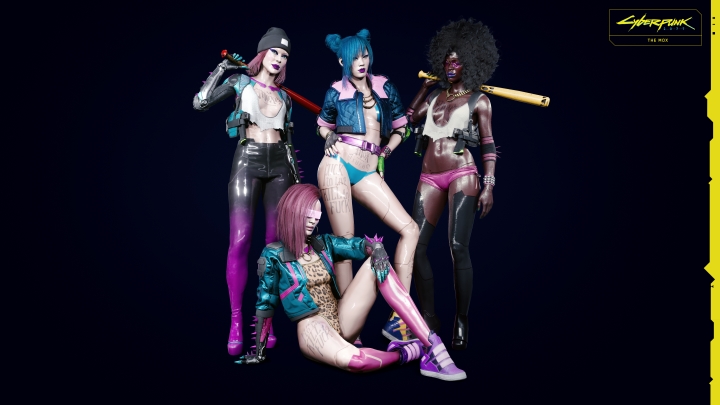 Cyberpunk 2077 is definitely not a game you can show your younger siblings. Unless they over 18 years old. How did CD Projekt Red capture the dark side of a cyberpunk world?

In the last news about gangs of Cybepunk 2077 there was information about The Mox. Mateusz Tomaszkiewicz, quest director working on CD Projekt Red's upcoming title, gave an interview to The Gamer. In the interview he revealed a lot of details about the gang that definitely earned the PEGI 18 label.

The Mox is a gathering of former members of other "organizations" from Night City and constitutes a kind of trade union. What is their trade? Well, most of The Moxs provide sexual services. The most popular of them are said to be so-called "doll houses."

What are they? The Mox can make literally all their clients' fantasies come true. They will even fulfill those wishes that the interested parties themselves were not aware of. The Mox connect with the brains of their clients, thanks to the technology they adapt to their needs, and after the work is done, they erase the memories of their service.

If The Mox do not satisfy your curiosity, you will probably be eager to read about Mr. Stud. As you already know, Cyberpunk 2077 will offer us the possibility to replace parts of the character's body with cyberware. Mr. Stud is one of these implants. Together with Mrs. Midnight, they are stylish (and chromed) replacements for male and female genitals. However, we will not choose them in the character wizard. To get them, we need to go shopping in Night City.