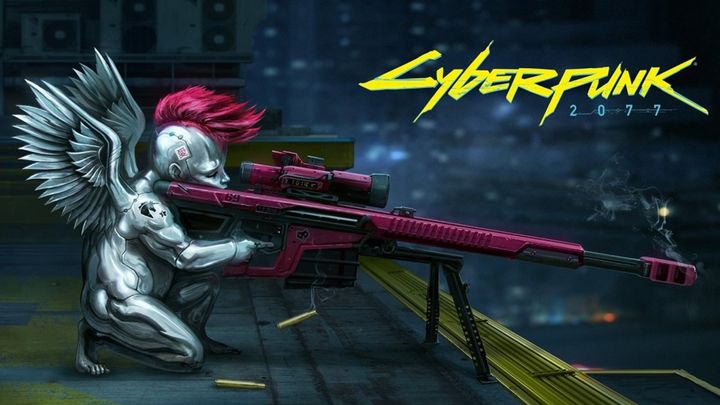 Cyberpunk 2077 will not be an exclusive title.

Recently we wrote about the fact that the highly-anticipated futuristic FPS/RPG hybrid from CD Projekt RED - Cyberpunk 2077 - will not be an exclusive Epic Games Store title. In the light of these reports, questions have arisen as to whether the creators are planning to release their titles exclusively on CD Project's own platform GOG (Good Old Games), which would allow them to keep 100% of their sales profits on PC.

Cyberpunk 2077 Will Not be an Exclusive

However, it turns out that the Polish developer knows better. This information was provided on Facebook, in response to a question from one of the fans. The sentence 'We don't want exclusives' leaves no doubt - the PC version of Cyberpunk 2077 will be available on various distribution platforms. 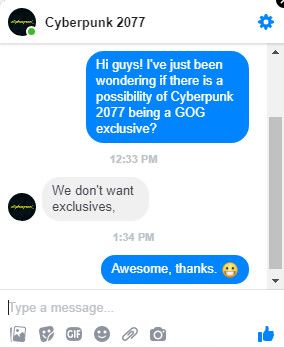 A conversation in which this assurance was made. Source: altchar.com.

The decision is certainly not dictated solely by the goodness of the heart. The company simply came to the conclusion that the margin that would be imposed on other platforms would ultimately be worth it - thanks to its much larger reach, which would allow the game to reach a larger group of potential customers. What's more, exclusivity has recently become an extremely controversial topic, and the Polish developer is well known for being able to read the mood of the gaming community.

Creators do not Plan a Beta

However, this is not the end of today's report related to Cyberpunk 2077. It turns out that the creators also do not plan to launch open or closed beta-tests of the aformentioned title. The information was published on Twitter - once again, as an answer to a question of one of the fans.

The news is hardly surprising - Cyberpunk 2077 will be primarily a single player title (although it cannot be ruled out that some multiplayer mode will be added to it after launch - the Canadian developer Digital Scapes may be involved in its development), and games of this type are generally not tested in the formula to which the question referred. Nevertheless, it is good to have a clear message on thw issue.

We would like to remind you that Cyberpunk 2077 is coming to PC, PlayStation 4 and Xbox One. The game has no specific release date yet. In Eastern Europe, the publisher of this title will be CD Projekt, and in other European countries, this role will be played by Bandai Namco Entertainment. The American distributor is Warner Bros.