No Man's Sky puts the whole galaxy in the hands of players. Due to its monstrous size, traveling between distant points can be time-consuming. However, you may encounter black holes in the game world, and crossing the horizon of events results in moving to a seemingly random place in the interstellar space. But is it really random? It turns out that it isn't, and after the release of one of last year's updates, players can treat each object of this type as a portal leading to a specific point in the galaxy. As this knowledge opens up completely new possibilities for space explorers, a group of devoted fans of the game called Black Hole Suns have started to catalogue black holes and put them on a huge map; this can be seen by following a thread on Reddit devoted to this issue. 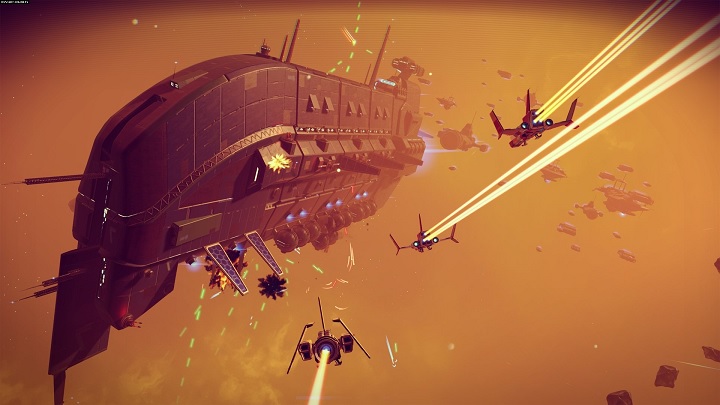 Proper use of black holes can greatly improve your travel experience in No Man's Sky.

So far, the team has discovered more than three thousand black holes, most of which (nearly two thousand) have been found on PlayStation 4. The map (which you can see below) does not end there, however, as all this has also enabled them to design a guide for beginners, as well as a distance and route calculator. It is worth noting that although the position of each of these "portals" is the same on all platforms, the places they lead to differ depending on the device we play on. It is worth mentioning that interstellar "cartographers" use specially prepared ships, resistant to damage caused by black holes. 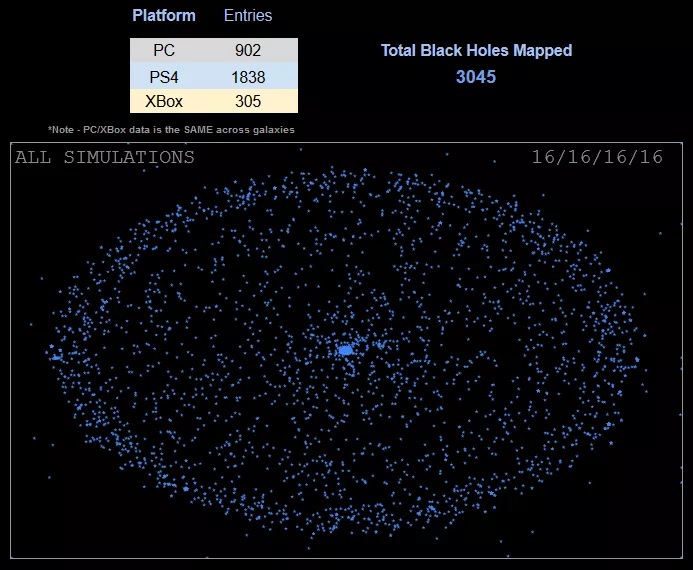 Let's remind that No Man's Sky debuted on PlayStation 4 and PCs in August 2016 and two years later on Xbox One. Although initially the players criticised (to put it mildly) the developers for not fulfilling their promises, the situation changed dramatically over time. The developers rolled up their sleeves and, over the next few months, released updates that changed the production beyond recognition.