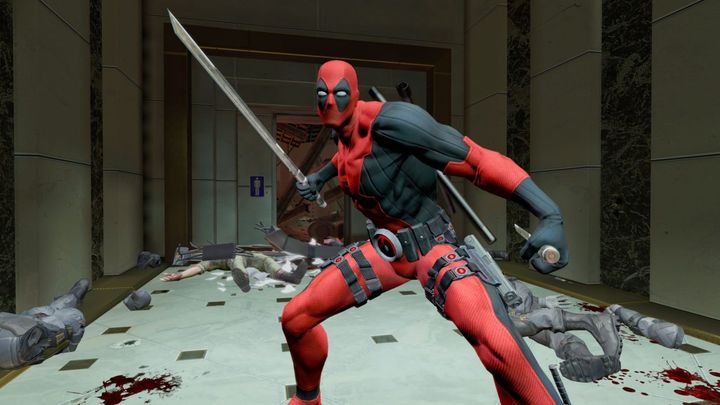 The first part is a real treat for crazy humor lovers.

Okay, maybe Deadpool: The Video Game wasn't a perfect game and it didn't invent anything in terms of mechanics, but it perfectly conveyed the spirit of comics book adventures of Wade Wilson. Black, very ironic humor, utter obliteration of the fourth wall and constant playing with the convention of a typical "action flick". Moreover, fans appreciated the performance of Nolan North, who is one of the most popular voice actors in the video game industry. After all, he made himself known not only in Deadpool, but also in the Uncharted series (Nathan Drake) or newly released Marvel's Avengers (Iron Man).

This role was also appreciated by the film world and even became an inspiration for Ryan Reynolds, who played the role of the aforementioned superhero in the cinema versions of the work. We know it thanks to an interview with Nolan North on CBM - Comic Book Movie. The actor claims:

"Craig Kyle, who was one of the producers, said that Ryan Reynolds was a long-time fan and actually praised what I did.(...) I know he played the video game one time with Jacksepticeye [a popular youtuber - editorial note] and he had some high praise for me, and I started DM'ing with Ryan on Twitter, telling him, 'You've made me cooler to my kids than I've ever been,' and he's a fan!"

North also expressed great willingness to return to the role and possible getting Ryan Reynolds to appear in the sequel. Talks with the studio are said to be underway:

"I'm trying to convince Marvel to make Deadpool video game, then we could engage Ryan for a little cameo."

It's hard to imagine North's words being simply listened to and translated into actual action, but nothing can be ruled out. At the moment we know absolutely nothing about a possible continuation of the game from High Moon Studios.

First Meeting of Writers of The Witcher: Blood Origin

First Meeting of Writers of The Witcher: Blood Origin

Crysis Remastered Uses Denuvo and Has the Usual Problems