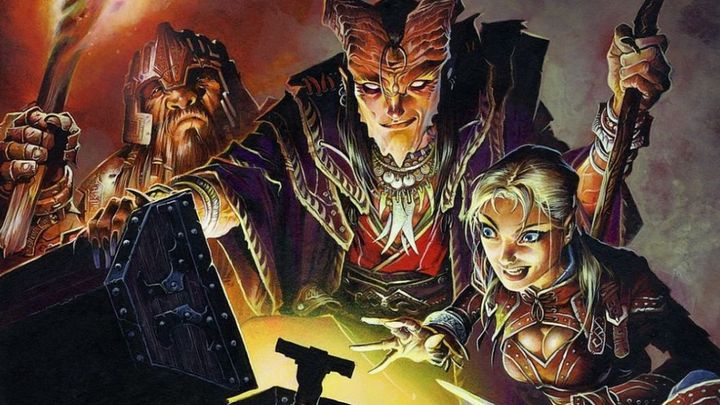 The D&D brand will return to the world of interactive entertainment.

It seems that in the near future we will be receiving a lot of new games using the license of the popular tabletop RPG system Dungeons & Dragons. One of them will be Dark Alliance, announced at The Game Awards 2019, but the total number of D&D-based games in development is said to be "seven or eight". The source of information is an interview of Chris Cocks, president of Wizards of the Coast (owner of the D&D brand) with Gamesindustry.biz.

"We want each game to have a point of view, and to really keep on just a couple of things and do it really, really well. What you don't want to do is have every game in the franchise try to do the same thing, and try to do everything all at once. We really don't limit people. The D&D team's job is to say 'yes' when people want to play something... The best dungeon masters tend to want to figure out how to say 'yes', and have the players do what they want to do... We want to open it up, open up the narrative possibilities, the character development, open up the level of problem solving and combat opportunities and thrills that players can be able to experience," said the head of Wizards of the Coast.

What's interesting, although Dungeons & Dragons is primarily associated with RPGs, future titles using the license will belong to different genres.

"And we're going to do it in a variety of genres... And in future games we will explore different areas, whether it's grand strategy and combat at army level scale, to really intimate character portrayal," said Cocks.

It is also worth noting that Chris Cocks attaches great importance to the cooperative mode. The head of Wizards of the Coast emphasizes that although all D&D licensed games include a single player campaign, it is cooperation, the creation of a party of heroes and friends, that is the "secret ingredient" that makes D&D so good.

"It's not just a game that you experience yourself, it's a game that you form friendships with, around the table -- or today around the screen. (...) As we develop our video games, we're trying to leverage that as well. We will have single player games; we think they're important. There will be single player modes in all of our games, but we always think that our co-operative perspective, that forming a party with your friends and doing great things together -- the party is bigger than individual components -- will always be an important part of our secret sauce (for D&D's success - editorial note)," he continues.

It is worth mentioning that one of the discussed games is certainly the long-awaited, third part of the Baldur's Gate series, which is currently being developed by the Belgian studio Larian Games (creators of two great installments of Divinity: Original Sin). The game was announced in June this year, but so far we have not had the opportunity to see any gameplay.

PS4 Version of RDR2 Got Extra Content From PC