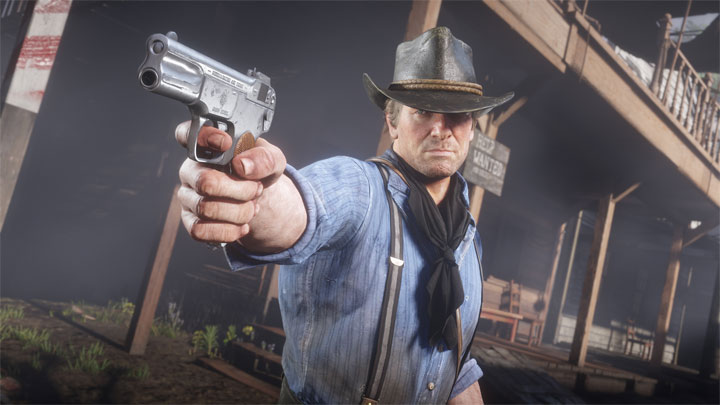 PlayStation 4 owners can now enjoy new content in both story and multiplayer modes.

Released in November this year, the PC version of Red Dead Redemption 2 offered exclusive content, not available on consoles. Rockstar Games has just announced that all additional features of the PC edition will also be available for PlayStation 4 and Xbox One owners.

On PS4 you can already download all the content as part of the update, which also offers a lot of novelties for Red Dead Online, including extra shelter, a set of cosmetic items and emotes, and the ability to work in a bar with a music band. Microsoft console owners, on the other hand, need to be patient. RDR2 version for Xbox One will receive all these elements only on January 21, next year.

Additional content from PC is not particularly impressive, but it should still be a big treat for console players. It includes a photo mode, three new bounty missions, two gang hideouts and two treasure maps. In addition, there is the task of collecting herbs in exchange for valuable prizes and a set of four additional weapons, three of which come from Red Dead Online. We also got more mounts.

This extra content is especially attractive due to the facy that it's for single player mode. A few months ago Rockstar Games announced that there are no story additions planned. The team prefers to focus on developing Red Dead Online.

Recall that Red Dead Redemption 2 debuted on consoles on October 26 2018. On November 5, this year the game finally hit the PC, but initially it was available only in Rockstar Games Launcher and Epic Games Store. It was only a month later that the game was released on Steam.

Gamepressure receives commission from stores whose offers are presented on our website. However, we make every effort to choose only interesting promotions - above all, we want to publish the best offers for hardware, gadgets and games.