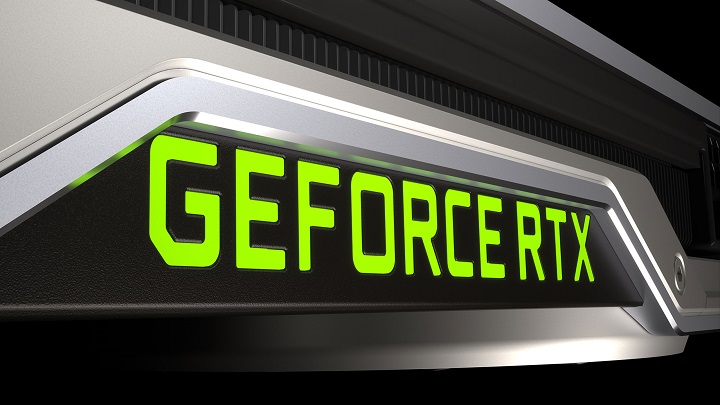 The increase in efficiency is there, but it's not a revolution.

This week we informed you about the latest Nvidia drivers - Game Ready version 436.02. They introduced a number of improvements, such as ultra-low latency mode, better pixel graphics scaling and performance improvements in some games. Today we will deal with the latter, because adoretv.com has just published the results of their benchmarks in 15 popular productions.

Testing conducted on a GeForce RTX 2060 SUPER Gaming OC graphics card and AMD Ryzen 9 3900X processor. As it turned out, compared to the 431.60 version, most titles showed a slight increase in performance. The number of frames per second was taken into account and averaged 3.4% higher. The highest jump was recorded in the case of Forzy Horizon 4 and was as high as 15 FPS. However, some games, such as The Witcher 3 and GTA V, have not shown any performance improvements. 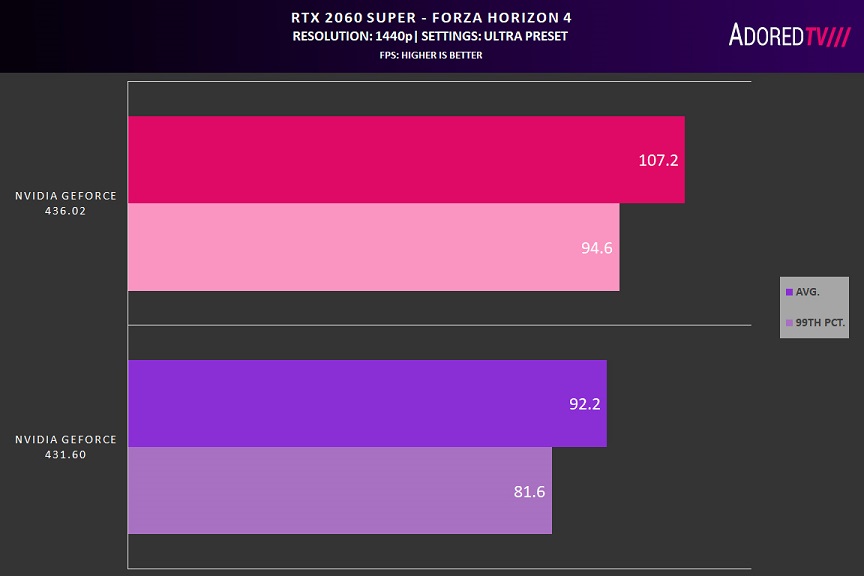 Comparison of the results of Forzy Horizon 4 tests. 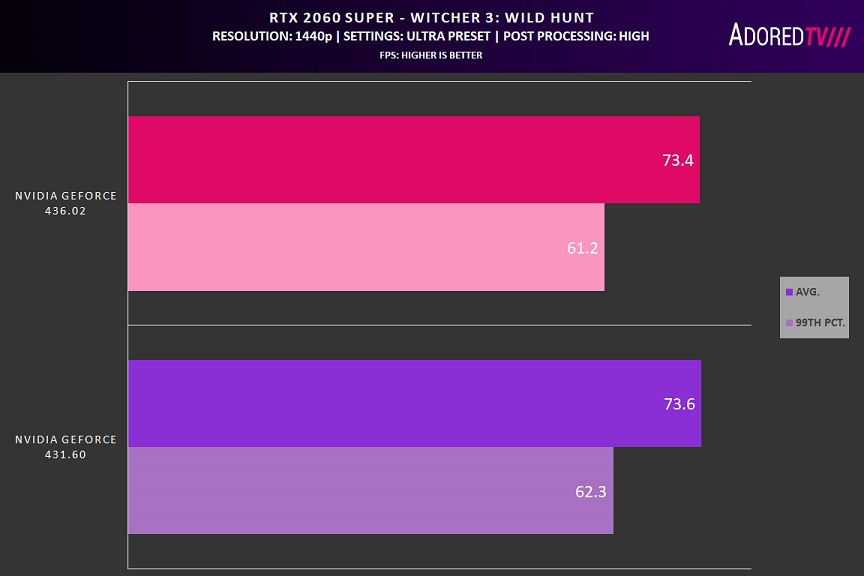 Comparison of test results of The Witcher 3.

The difference in performance of most titles is very small. Although it's good that Nvidia kept its word and the increases are just as promised. Below we present a full list of fps achieved by both versions of the drivers. 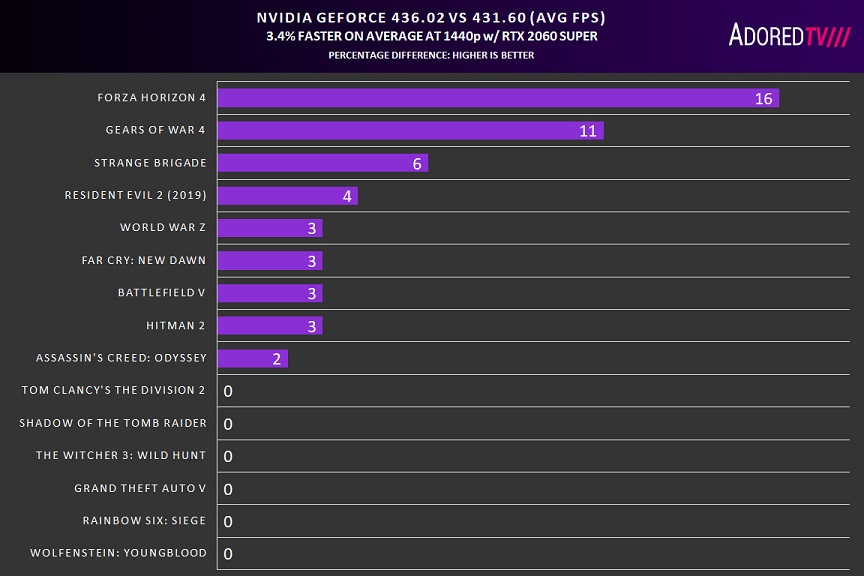