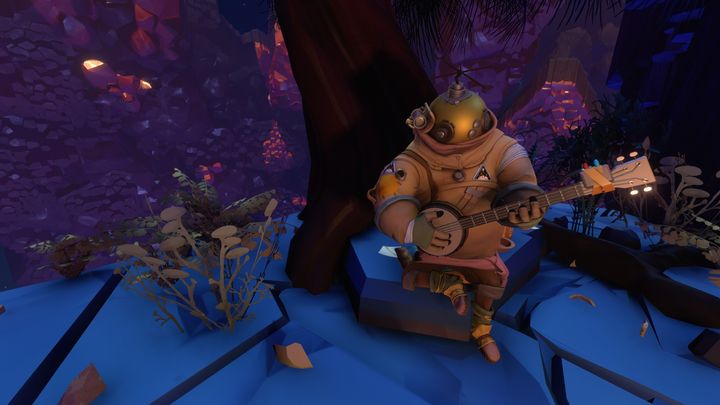 Outer Wilds was announced in 2015.

Mobius Digital informed that the exploration adventure game Outer Wilds will be the next title, whose PC version will be available only in Epic Games Store for some time. The creators passed on this news through their official blog. It is worth mentioning that the title was funded thanks to a fundraiser campaign on Fig and was to be published on Steam as well.

"Outer Wilds will first be released on XBox One and on PC via the Epic Games Store, with additional platforms coming later. Rest assured that we read all of your comments and our goal is to bring the game to your preferred platform as quickly as possible. We will keep you up to date with the latest info here.

Throughout the development of the game, weve welcomed helpful partnerships with Annapurna Interactive, XBox, and Epic to support us and keep our small studio running long enough to ship the game at the level of quality that it is today. Each of these partnerships has enabled us to make the game better and more accessible for everyone who will play it," the blog statement reads.

As it usually happens in such situations, we didn't have to wait long for the reaction of the community. On Reddit there were a lot of comments from disappointed fans - including people who helped fund the production.

"I understand the publisher made this deal and not the dev team, and I understand money is a driving force behind the decision. However, I feel this is unethical for crowdfunding campaigns. I didn't want to support the game so I could play it months after release on the platform the campaign originally promoted. If I was told my contribution meant I could play the game "eventually", I would not have pledged. I do not wish to support the Epic Store at this time (it's feature incomplete, it's a potential privacy risk), and unfortunately, this means I can't support the Outer Wilds team, as much as I believe in the project and am excited to see how far it has come," wrote one of the users.

It is worth noting that in the case of Outer Wilds the matter is not quite clear - during the crowdfunding campaign the phrase "we are currently planning to release" was used when referring to Steam, and not "we are going to release" - therefore, according to some fans, the controversial decision can be considered justified. On the other hand, it undoubtedly changes the situation and may affect the attractiveness of the final product (for example, because of the lack of access to some of the features found on Steam), which, in the case of a title funded through collections, may raise ethical questions.

We would like to remind you that Outer Wilds was announced almost 4 years ago. The game is coming to PC and Xbox One and should be released this year.

ASUS and ASRock AM4 Motherboards Will Support Ryzen 3000