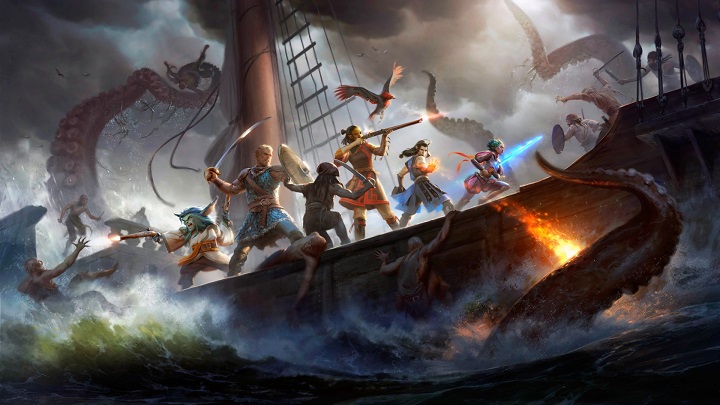 Pillars of Eternity II: Deadfire will debut on PlayStation 4 and Xbox One early next year.

We learned the exact release date of Pillars of Eternity II: Deadfire on PlayStation 4 and Xbox One. The title will be published on January 28, 2020. Nintendo Switch users will have to wait longer, because only at the beginning of next year the developers intend to reveal when the game will appear on the device. The game will be released in two versions - standard (costing 59.99 USD) and collector's (129.99 USD).

Both versions will have the latest updates (including patch 5.0) and all expansions. The collector's edition of the game will include a 25-centimeter Od Nuy figure, a key ring, a metal sticker and a special box.

Pillars of Eternity II: Deadfire originally debuted on PC in May 2018. This is a continuation of the isometric cRPG. Despite the high ratings, the title did not perform well on the market in the launch period. Since then, however, it has received a number of valuable updates and add-ons that may encourage console players to buy it. Perhaps Obsidian can be persuaded to change its mind about the creation of the third part of the series.

Rumor: A Plague Tale 2 is Already in the Pipeline