Microsoft Flight Simulator is not only a tool to test the performance of modern PCs or a niche game for aviation fans. Realistic graphics and faithful representation of the entire globe in Flight Simulator 2020 was also put to good use by the almost 100-year-old American organization of pilots and aircraft owners - AOPA (Aircraft Owners and Pilots Association). A so-called Air Safety Institute operates within the intitution, promoting safe flying through, among other things, education, professional training, and analysis of previous accidents.

For 10 years the Institute has been running its own channel on YouTube, where air crashes are analyzed, focusing on factors and mistakes that led to them. So far, the visualizations have used drawings and graphics, but in the latest video we can see footage recorded in Microsoft Flight Simulator, with the help of which the events that led to the crash of the Cirrus SR22 aircraft in 2018 and a similar case with a Beechcraft Bonanza were recreated. 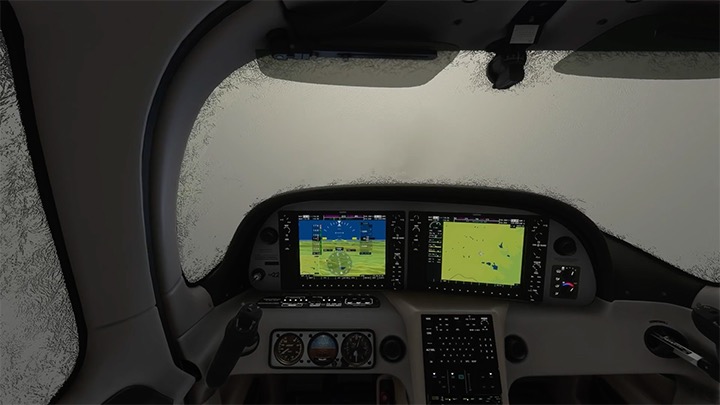 The authors of the analysis used realistic icing effects that led to a crash in real life.

In both situations, the main reason for the trouble was the dangerous icing of the aircraft in mountainous terrain, which Microsoft's game simulates quite well, also with realistic visualization of ice on the airframe and windows. The creators also took advantage of the fact that both aircraft models are available in the game (Cirrus only in the Premium Deluxe edition), which added authenticity to the presentation. The authors used both cockpit and exterior camera shots, showing the dangerous effects of icing up close, which would otherwise require an entire CGI movie to be created from scratch. We'll see in time if the Air Safety Institute will continue to use Microsoft's simulator for similar analyses, but it's good that Asobo's work has also been applied to such important issues as aviation safety.

Story of WallStreetBets and GameStop Short Squeeze Could Become a Movie