PlayStation 5 does not mine cryptocurrencies. In the last hour the web was abuzz with information that Sony's latest console can be used as a cryptomining rig. 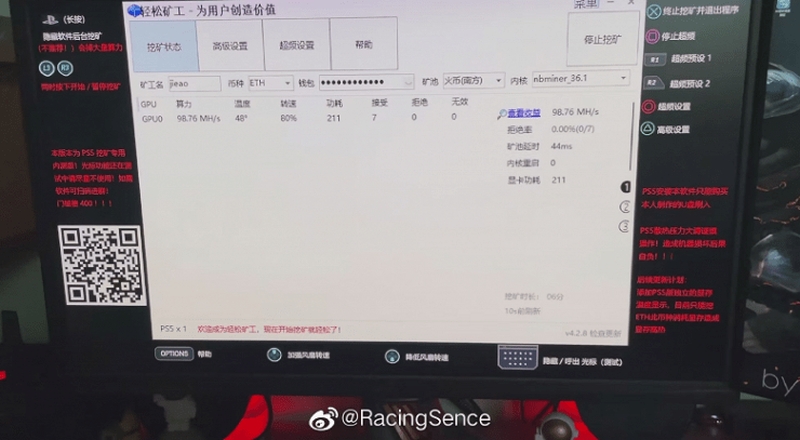 Source of all the confusion.

Gadget Tendency, citing a source of unknown origin, wrote first about the fact that Chinese enthusiasts mining Ethereum managed to adapt the PS5 to mine the cryptocurrency. According to a screenshot posted by the website (seen above), the console's components were allegedly capable of achieving a performance of 98.76 MH/s with 211 watts of power consumption. This is where the first red flag should pop up. Sony console's GPU is based on the RDNA2 architecture, and GPU using this architecture achieve roughly half that number when mining crypto.

Fortunately for those interested in buying PS5, the rumor was quickly proven false after VideoCardz.com checked the QR code visible in the screenshot. The message clearly shows the intentions of the creator of this fake.

Taking advantage of the dire situation on the GPU market, he decided to scare gamers who in an act of desperation plan to switch to consoles. Fortunately for us we were dealing with a troll. But who knows what professional miners are capable of in pursuit of record-breaking crypto values.