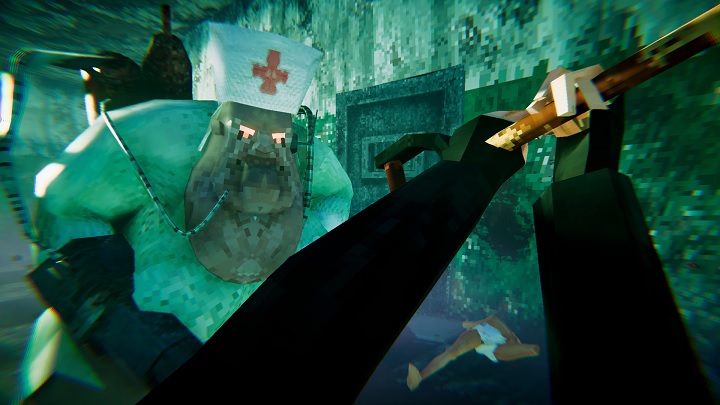 The brutal FPS series has been given visuals worthy of content.

Hardly any series of games has gained such infamy as the Postal series - for many people, a living proof that controversy sells. If anyone has doubts about the relative success of the franchise, the three released games and the upcoming fourth installment should completely dispel them. As if that wasn't enough, Running With Scissors has just announced Postal: Brain Damaged, a sequel to the series from Hyperstrange and CreativeForge Games. You can watch the trailer below.

As you can see on the trailer, Brain Damaged will be a retro FPS, with pixel-art visuals, gameplay without the modern stuff like cover and a crazy, delirious world. The latter is to be the result of the hero's mayhem, who 'slightly' OD'd on alcohol. As a result, his smahed brain took him to a dreamlike asylum, where patients attack him with rubber weapons, and the locations are roamed by killer grandmas and obscenely pushy aliens. In a world where the mind and senses of the hero turn against him, the Postal Dude can only rely on one thing: good, old and - as usual - heavily exaggerated violence. Postal: Brain Damaged will launch on Steam next year, as well as the upcoming fourth installment.